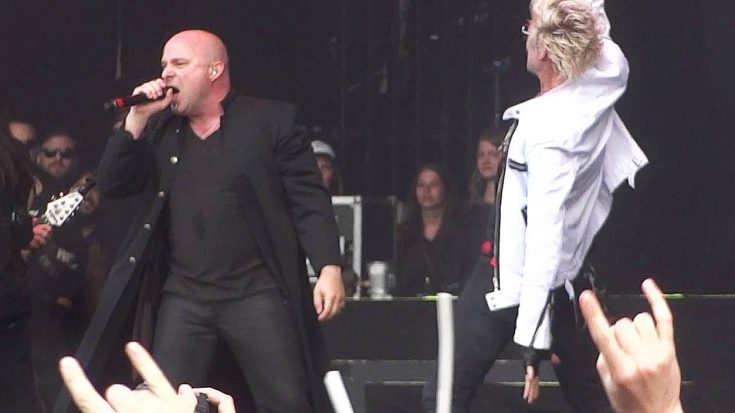 Disturbed Put On A Clinic!

Legendary metal band Disturbed has a pretty darn good track record for covering songs. Amongst many others, their covers of songs like “Land Of Confusion” and “Sound Of Silence” are regarded as some of the greatest covers of those songs. Disturbed have proven to be a band that’ll do just about any song justice. They’re one of the best, pure and simple.

Lead vocalist David Draiman has also proven to be one of the most versatile singers in the game, today. His voice can be used not only for rock and metal, but just about any style, just see his cover of “Sound Of Silence” which proves that point. That being said, nothing can beat his singing in rock and metal. Here’s the proof!

What you’re about to watch is a video in which Disturbed take the stage to perform a cover of Motley Crue’s iconic hit “Shout At The Devil”. Not only do these boys knock it out of the park, to make this performance even better, they bring some VERY special guests on stage to help them perform this iconic song. See for yourself!