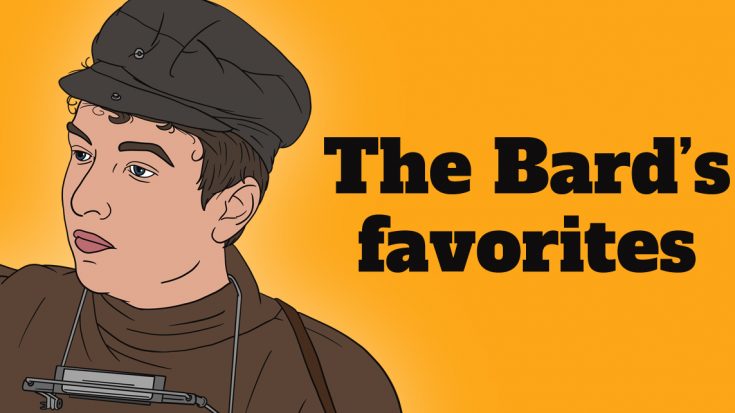 When it comes to songwriting, only a few can match Bob Dylan’s mark in the industry. Having been active in lyric crafting for over half a century, the pop culture icon has sold over a hundred million records and hasn’t dulled one bit, even in his recent material.

Of course, the adoration of Dylan’s lyrical mastery has piled upon in the years that went by. Former President Barack Obama praised his contributions to American music. Even the late John Lennon didn’t just adore Dylan, he even credits him for being one of the greatest influences that made it possible for his potential to surface.

These are only a few of the many prominent figures paying homage to Dylan’s artistry – you’d drown in a sea of compliments to go through them all. But most people tend to forget that Dylan himself has heroes of his own, especially in the songwriting arena. In a conversation with Huff Post, he revealed some of the songwriters he admired.

Warren Zevon was one of them, to which he spoke of with high regard, taking note of his classical music background and emotive concepts that contributed to his varied material, naming ‘Desperado Under the Eaves’, Lawyers, Guns and Money’, and ‘Boom Boom Mancini’ as some of his favorites.

He also added Randy Newman, saying that ‘Sail Away’, ‘Burn Down the Cornfield’, and ‘Louisiana’ were some of the guilty pleasures he enjoyed and noted of how Newman’s rustic qualities make him a special listen for him.

John Prine was also mentioned, with Dylan noting the beauty of his writing and how one could be transported to a Midwestern setting just by listening to his songs.

Dylan also talked about other songwriters, like Guy Clark, Gordon Lightfoot, and Jimmy Buffett, as some of his favorites.