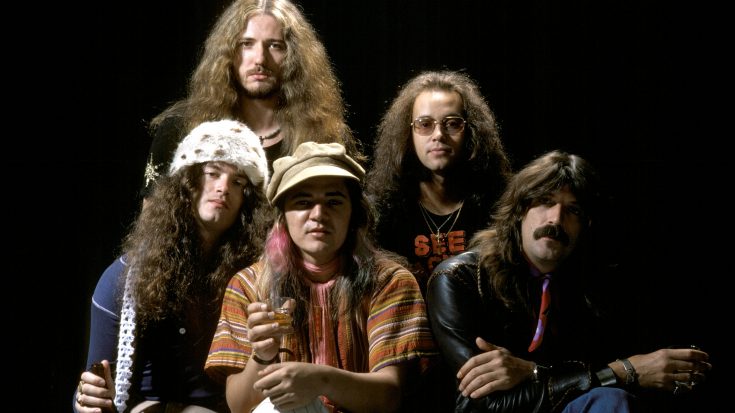 Unfairly Overlooked Even After All These Years

Deep Purple is just as important and influential as Led Zeppelin. Massive talent? Check. Classic hits? Check. And thus it begs the question, why are they getting less appreciation and recognition? They’re one of the ’70s bands STILL unfairly overlooked.

Along with Zep and Black Sabbath, these three bands formed the “unholy trinity of British hard rock and heavy metal in the early to mid-seventies.” Deep Purple is untouchable in their own right but it’s hard to deny that they didn’t receive the same accolade as Led Zeppelin. We can think of a few reasons why this is so.

1stoff, Led Zeppelin’s lineup  never changed. Even today, Robert Plant refuses to reunite with the other surviving members because it was over after drummer John Bonham died. But for Deep Purple, they changed their most successful lineup even bringing in Glenn Hughes to replace bassist Roger Glover. And though they’re still considered rock legends, it’s undeniable that they would’ve been a lot bigger if Ian Gillan, Jon Lord, Glover, Ian Paice, and Ritchie Blackmore stayed together to record a few more albums.

Second, Led Zeppelin had Peter Grant who is a huge part of Zep’s success. He knew what the audience wanted and he gave it to them. If he managed Deep Purple, it would’ve been a game-changer for them. Grant didn’t just understand the rock market deeply, he also made sure most of the earnings from records and concerts ended up in the hands of Zep members. Marketing was key.

Third, while Zep were able to permanently establish themselves in the US, Deep Purple only had some shows and because they were based in Europe, the US audiences weren’t too attached to their music. Deep Purple conquered US but only for a short time. They didn’t hang on to that level of success and duplicate it which would have created a loyal, massive following.

Fourth, it was hard to keep up with Deep Purple. Their members weren’t constant – it’s like you blinked and suddenly, someone else is playing the bass or guitar. And they didn’t have a clear direction music-wise. They went from psychedelic to classical to hard rock and then funk rock. They didn’t have an identity as a band.

Deep Purple may have been better musicians than Led Zeppelin but in the world of rock ‘n roll, that isn’t always enough. Zep functioned as one unit whether it’s on making decisions, recording in the studio or playing live. Deep Purple had plenty of struggles and conflicts even among themselves. And at their peak, they still weren’t a massive marketing machine.

All these things made Deep Purple under-appreciated and overlooked. Still, that doesn’t mean they weren’t just as talented as Led Zeppelin.