David Gilmour Featured In New Clip From The Pretty Things 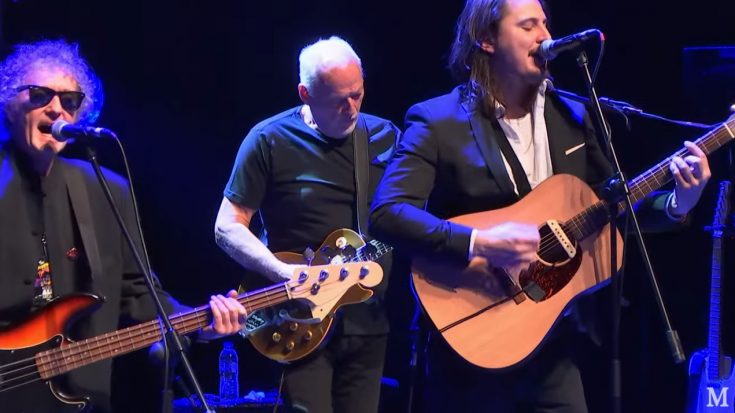 Guitar meister David Gilmour was recently featured in a new live clip with The Pretty Things as they performed “She Says Good Morning”. The snippet was taken from the band’s Final Bow documentary, which features their 55th-anniversary celebrations way back in December of 2018 at London’s Indigo At The O2. Final Bow is a compilation of three sets of the band’s performance, with the special participation of David Gilmour and Van Morrison.

The Pretty Things frontman Phil May shares with Prog, “After 55 years, saying goodbye to The Pretty Things electric band was a seismic, emotional blow and a genuine life loss, for all the band and our manager. But, to be forced into it on health grounds, when the band was riding high, creating great new music and touring so successfully, throughout the world, made matters worse. But, life’s a bitch and then you die…”

“That said, this box set and what it represents, as a lasting tribute to the band I love, the life we have lived, and the way we have lived it, in music and performance, is unparalleled. I know I’m lucky, I, and the band, made it through a 2-hour 45-minute performance, in the best form we could have hoped for and we all feel that we created a performance, worthy of The Pretty Things at their best,” May continues. “That we captured it on film and on record, that we had our great, old friends, David Gilmour and Van Morrison alongside us and creating the moment and that, most of all, the O2 was sold out with our friends, old and new, young and old, and the people that we have done it for and who made it possible for us, was the icing on the cake.”