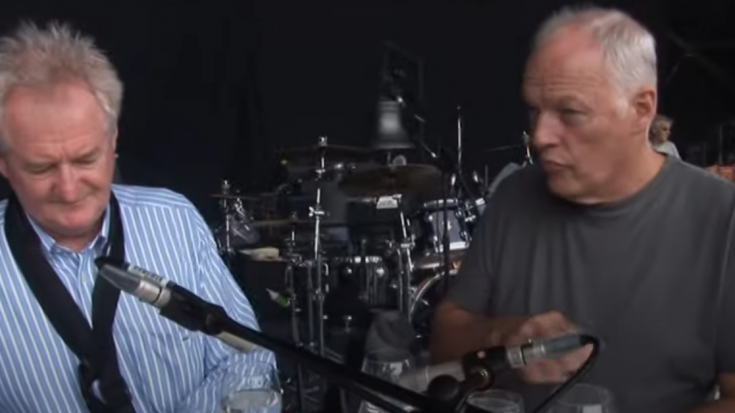 Among all things, David Gilmour thrives on spontaneity. Over the years of his career, the Pink Floyd guitarist proved to everyone that music is something that happens in so many ways. That’s exactly what was proven when Gilmour saw a street performer with wine glasses as his instruments perform a Pink Floyd song that he had to invite that busker to perform at his concert later that night.

Opposite his ex-bandmate Roger Waters who’s more of an organizer, Gilmour knew how to create sounds from scratch, even if the instruments that were being utilized are a bit unconventional. His focus is to portray a song in his little manner, and that type of thinking doesn’t always have to follow the rules.

Pink Floyd is best associated with their seminal album, Dark Side of the Moon. But perhaps, their greatest song ever done was the one they dedicated to their old leader and friend, Syd Barrett: “Shine on You Crazy Diamond.” Known for its use of crystalline sound effects, it became a prominent feature of the song. So, you could easily identify how impressed Gilmour was when he first heard the wine-glasses musician, whose real name is Igor Sklyarov perform it, in his own little way.