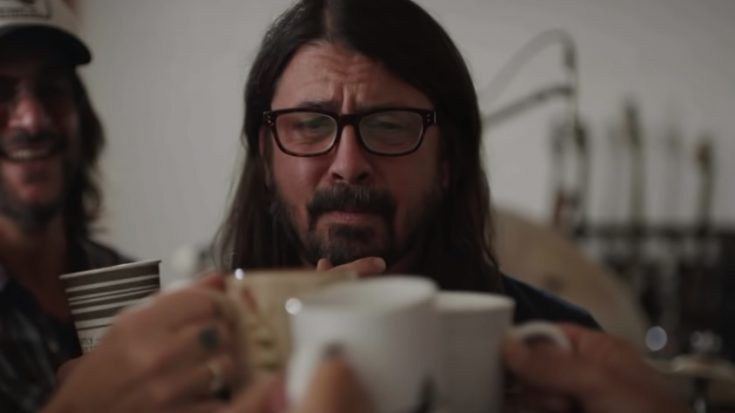 Dave Grohl and his band the Foo Fighters have filmed and released a fake commercial for a drug that helps against coffee addiction. The ad has Grohl speaking for FreshPotix, who goes by the slogan “It Works (Kinda)”, after disclosing how the disease affected him personally.

Grohl says, “Ten years ago I was in the grip of a debilitating caffeine addiction. My ability to maintain personal relationships and solid bowel movements were compromised by crippling sleep deprivation and noxious coffee breath. As the bean took over, I found myself doing anything for a fix.” Then comes a voiceover that warns the viewer of side effects that include “violent fits of rage toward left-handed people, extra toe, urge to found your own colony, bald ass, CyrusVirus – your voice changes to that of Billy Ray or Miley.”

They even went as far as creating a FreshPotix website that redirects you to a page on the Foo’s website where one can purchase a pen with the drug’s logo imprinted on it, lighting up when activated. This spoof started way back in 2010, where Grohl was in a video titled “Fresh Pots” along with his Them Crooked Vultures bandmates, discussing how much coffee he downed every day.

Grohl later shared that it wasn’t entirely a joke as he was once hospitalized after drinking too much coffee. “I was doing Vultures stuff at night, Foo Fighters stuff during the day and I had a newborn at home, so I was sleeping two-three hours a night on an air mattress in a guest bedroom. And yeah, I had too much coffee, I started to get chest pains, so I went to the hospital and they told me to stop drinking the coffee,” he explained.