5 Guitarists You Hated But Now Love 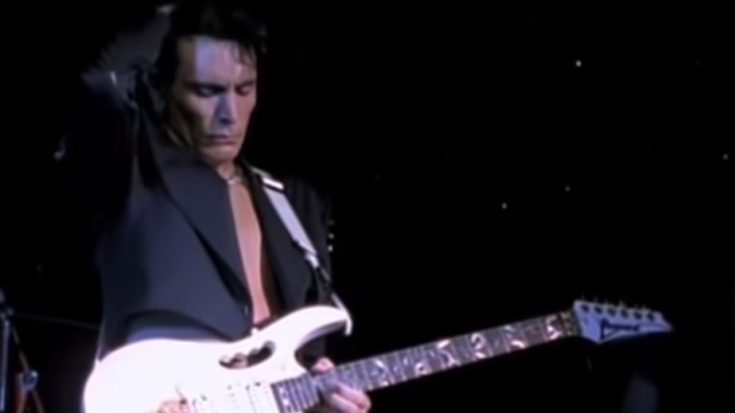 Even among classic rock fans, there are certain band personalities one just can’t handle. Most of the time it’s the frontman as they literally are the face of the band – but this spot can sometimes be stolen by the guitarist. Yes, there have been many an axman who’ve earned the ire of fans and critics for certain reasons, whether it be due to massive egos, unruly behavior, or simply not agreeing with their play style.

The neoclassical shredder known for his innovative fusion of old and new didn’t exactly come off as a humble player. With his flowing hair, frilled collar, exposed chest, and wielding that yellow nylon-stringed Strat, it isn’t hard to see why. Luckily for us, things were only skin deep and even if it were true, Malmsteen had the talent to back it up.

Glam metal icons Poison had C.C. DeVille gearing for them. Known for his tasteful, melodic solos, there was nothing to hate on his playing. His affliction of drugs and other substances, on the other hand, was quite the opposite. And it’s not even just the fans, as DeVille is notorious for being a problematic band member as well.

In the world of rock, one or two necks were usually the standard configurations – even Jimmy Page settled with two for the iconic “Stairway To Heaven”. However, Cheap Trick’s Rick Nielsen took this to ludicrous levels with his penta-neck custom by Hamer guitars, making it seem like more of a trophy adornment rather than an instrument. It sure did garner some negative publicity back in the day.

You must be thinking, “Hey, Joe’s a nice guy!” and you’d be right. People disliked him anyway, particularly because of a song that seemed “douchey” and had an influence on another “douchey” song by Coldplay years later. Satriani filed an infringement lawsuit against the pop band as it lifted the central riff of his “If I Could Fly” for use in “Viva La Vida”. Things were settled out of court, however, but this is surely one for the books.

Another G3 veteran makes our list as Steve Vai used to have one of the most egoistic personalities in the guitar world – back then, that is. Vai wasn’t that much of a showman – but his air of superiority emanated whenever he played onstage. It’s a good thing he’s mellowed down and seems to be a genuinely nice guy now.