Custom Lars Ulrich Toilet Is Going Rounds On The Internet 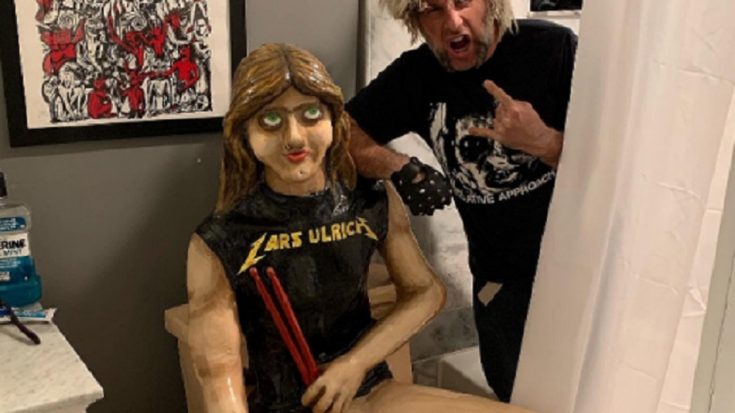 A custom-made toilet molded to look like the ‘80s Metallica drummer Lars Ulrich is going rounds on the internet.

The surreal masterpiece was made by metal musician Prince Midnight, who became famous for creating a guitar that was molded from the skeleton of his uncle’s. The toilet was just another opportunity of his to shed light on his unusual artwork, with this creation coming from his line of products from Hellmouth Plumbing Supply.

In an interview with Loudwire, Prince mentioned that the reason for his invention was not to mock Ulrich but to praise him.

“Make no mistake, this is not me taking a jab at Lars. This is my way, albeit unconventional, to honor Lars Ulrich and Metallica,” he said. “The first band I ever loved was Metallica, the first record I became obsessed with, the first music I ever dove into, the concert I ever attended,” the artist added.

While many find it absurd or horrific to proclaim your admiration to your idol through toilets, Prince Midnight slams any of that notion since art is supposed to explore creative spaces. The bathroom is fully functional and will be placed “for public use” during his upcoming Prince Midnight show.