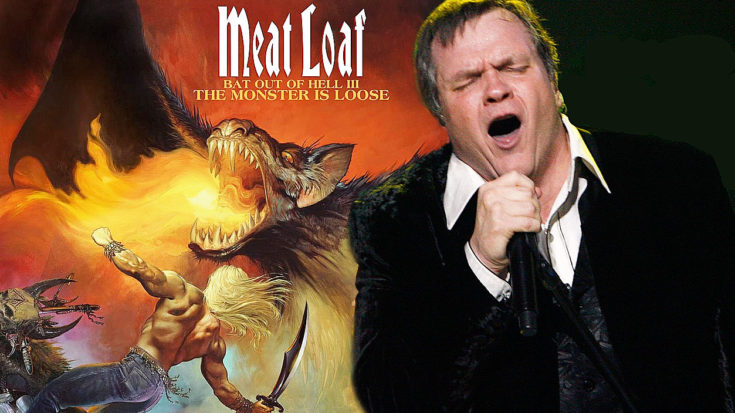 During the Hair of the Dog tour, multi-platinum recording artist Meat Loaf revealed that he and legendary songwriter/producer Jim Steinman were coming together once again to make a new album – this time around, the third installment in the epic Bat Out Of Hell trilogy titled ‘Bat Out Of Hell III: The Monster is Loose’.

Legendary producer Desmond Child produced ‘Bat Out Of Hell III’. Meat Loaf himself said that Desmond would say things in the studio that would make him think he was sitting right next to Jim Steinman. Desmond began each recording session by playing Slipknot CDs to get the musicians in the mood to record. As well as Meat Loaf’s band The Neverland Express, this album featured many guest musicians such as John 5, Steve Vai, John Shanks, and Nikki Sixx just to name a few. Norwegian singer Marion Raven was also enlisted for the duet titled “It’s All Coming Back To Me Now”.

‘Bat Out Of Hell III’ saw great international success upon its release. The album grabbed the top 10 slot in 12 countries and went gold in both the US and Canada. This album features songs that Meat Loaf himself would go on to perform even to this day. This album saw the completion of the greatest rock trilogy ever. Happy birthday, ‘Bat Out Of Hell III’!