Chuck Berry Documentary To Be Released In Nashville 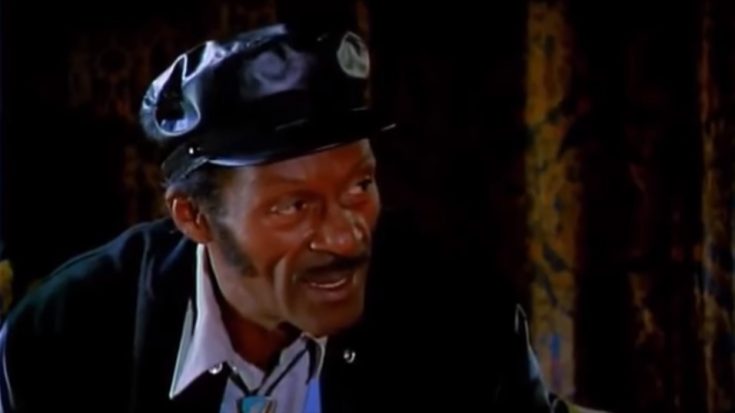 Chuck Berry in an interview with Robbie Robertson - Angedelile / Youtube

Dubbed as the real King of Rock n’ Roll, pioneer Chuck Berry will be honored via a documentary by Jon Brewer, which is set for release on October 4th at the Nashville Film Festival. Click here to view the trailer!

The teaser trailer for the documentary is out, and features snippets of other big musicians such as Paul McCartney, Gene Simmons, Joe Perry, and Alice Cooper giving their opinions and praising the late rock legend. The documentary also features footage from the 1987 Chuck Berry documentary Hail! Hail! Rock N’ Roll, especially the moment Rolling Stones’ guitarist Kieth Richards says how Berry has given him “more headaches than Mick Jagger!”

Berry’s new documentary was announced early on January, and features his family members and close friends as well, especially his widow Thelmetta and their children. “The family members really gave a profound insight into the man behind the music. We also talk to his lawyer about the truth behind some of these charges levied against Berry … and that’s a film in itself,” Brewer stated in an interview with Rolling Stone.

Brewer aims at renewing the public’s outlook towards Berry, saying, “Although Berry was widely known for his steely and calculated approach to business and finance, there was a damn good reason, which emanated from a history of being cheated by producers and promoters — but only once. He used to say, ‘Never let the same dog bite you twice,’ so he made sure he was paid before going onstage, and people always talk about how hard he was in this regard, but rarely do they discuss the actual reasons.”