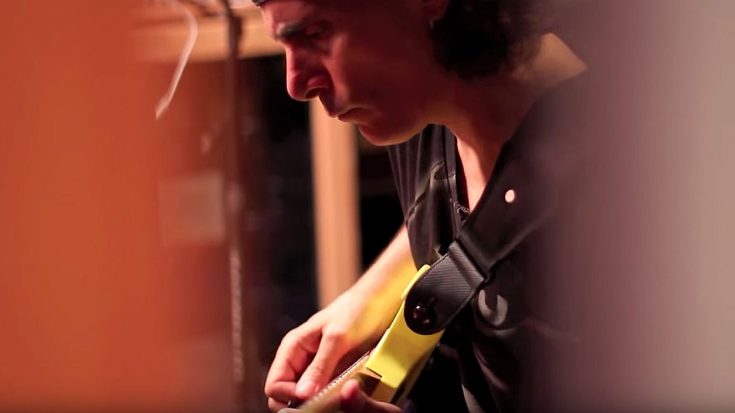 As a fan, one of the things I wish I could do more than anything is just be a fly on the wall while my favorite musicians write and record music, musicians such as Steve Vai. Regarded as one the greatest guitar virtuosos of all time, Steve Vai, throughout the duration of his career, has established himself as one of the ultimate guitar powerhouses and is widely recognized as one of the most influential guitarists of the past 30 years.

The reason I find myself wanting to be a fly on the wall for Steve Vai’s studio sessions is simply because Steve is always breaking new ground and changing the name of the game for guitar players everywhere. Musically speaking, anything that Steve Vai touches turns to gold, and that much is proven true here.

What you’re about to watch is a video in which Steve Vai is secretly filmed writing music on his guitar. The cameraman, Andy, tries to film Steve Vai in secret, but what’s truly amazing is just what Andy stumbles upon. See for yourself!