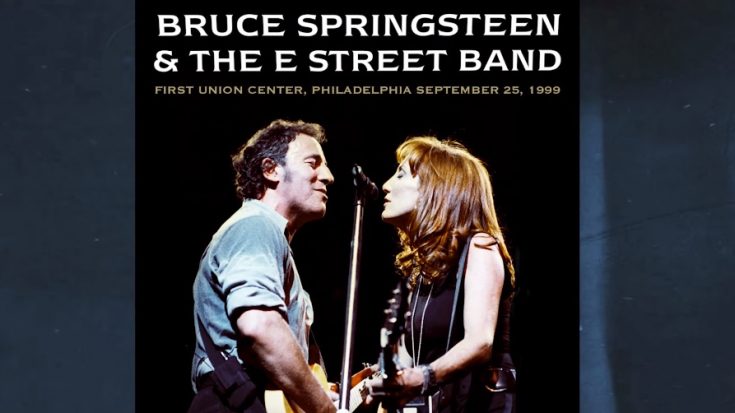 The Boss’ September 25, 1999 show with the E Street Band at Philadelphia’s First Union Center has been a famed bootleg circulating within hardcore fans for the past twenty years or so. Finally, Springsteen has made it legally available with improved sound as the latest installment to his monthly concert download series.

This particular show is the conclusion of six nights of endless rocking at the South Philadelphia Sports Complex where Springsteen performed at both of the Spectrum arena and the First Union Center. He also turned 50 during one of the breaks he had from the show, imbuing every stint with a celebratory vibe with the band playing rarities like “The Fever,” “Blinded by the Light” and “Does This Bus Stop at 82nd Street?”

On the 25th, Springsteen opened the night with “Incident on 57th Street” from The Wild, The Innocent and the E Street Shuffle catalog, which wasn’t given the fair treatment in the ’80s. Songs like  “New York City Serenade”, “Jungleland”, “Atlantic City”, and “Murder Incorporated” were also performed, and was the last stop of the 1999/2000 reunion tour to showcase “Streets of Philadelphia”.

Springsteen has been known to release official bootlegs in the past six years, its span ranging from 1975 to 2017. He has yet to include any recording before Born To Run or the formation of the E Street Band, however.

Due to the current coronavirus threat, Springsteen has been stuck in his home, but he still makes his time productive while in isolation. “Empty and unused time, I don’t care for — especially at 70. I’m counting my days and, my friend, I’ve got things to do that involve me and you,” he said in his SiriusXM show From My House to Yours.