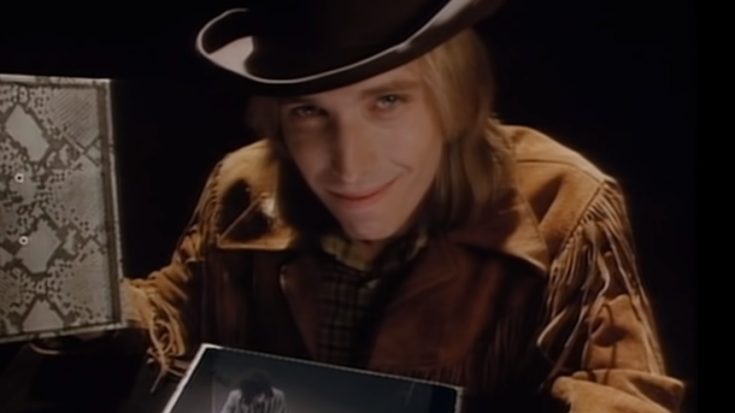 Tom Petty for "I Won't Back Down" - tompetty / Youtube

While Tom Petty and the Heartbreakers were regaining their footing as a band by the end of the ’80s, endeavors like 1987’s Let Me Up (I’ve Had Enough) didn’t pay off well for them. The relatively unrequited commercial affair was probably the last straw that pushed Petty to pursue his solo career instead. This resulted in his sudden jump to become a solo act, accompanied by his debut album, Full Moon Fever, in 1989.

The project wasn’t possible if it weren’t for the help of another big name in the industry: ELO’s Jeff Lynne. In an interview with Ultimate Classic Rock, Lynne shared that “He beeped his horn and I kept thinking, ‘Who’s that?’ And it was Tom. ‘Hi, Tom!’ He said, ‘Pull over – I wanna have a word with you.’ He’d just been listening to George [Harrison’s] album, Cloud Nine, which I’d just worked on, co-produced it, and he really liked it. He said, ‘Do you fancy writing some songs together?’ I said, ‘I sure do.’”

Lynne also said that working with Tom Petty was one of his best experiences in the business, as he had just gone out from ELO’s recent disbandment and acted as producer for Petty on this record. “I always liked Tom. I always loved his style, and he’s so American. It’s a great thing for an English person to actually work with a real Southern American… they’ve got the best voices. George always said, ‘It’s like they’ve got a head start over English people because they already have a twang.’ They’ve just got this lovely-sounding voice,” he said.

With that aside, here are some of the album’s best cuts.

Full Moon Fever introduced the world to one of the best classic rock staples in history. The song starts with jangly acoustic guitars that play the circular riff until the drums kick in with a lazy yet steady backbeat. Tom Petty starts off with a subdued vocal as he sings about the San Fernando Valley and scooping Los Angeles culture in the mix until the chorus, where he explodes with such energy to shout “And I’m free! Free fallin'” as backing vocals repeat the line in a choir-like fashion, giving the song a vibrant sonic quality.

The lyrics are actually quite harsh in comparison to the driving progression – with the main character of the song stating that he just dumped a girl and notes that he doesn’t miss her, eventually going into a grander scale of things to insinuate how people will use others for personal gain.

Petty and Lynne managed to record the song in a span of two days, with Petty noting how they tried to emulate the Byrds sound. “We had a multitude of acoustic guitars. So it made this incredibly dreamy sound,” he said.

“Runnin’ Down A Dream”

In contrast to the previous track’s laidback feel, Petty goes into a supercharged mode with the high-intensity of a rocker in “Runnin’ Down a Dream”. This song reflects Petty’s ambition to be a rockstar, thanks to the inspiration brought when he met Elvis Presley at the age of 11. While it is fast-paced, it uses a simple blues run that becomes more apparent in the solo, accented by chanting vocals in the background. It’s a surprise, however, that Petty didn’t stretch his vocal performance in this track unlike that of the previous one.

Another well-implemented rhythm drives the track “I Won’t Back Down”, Petty’s declaration to the world that he won’t bend no matter what. This was due to an arsonist burning down Petty’s home with his family still in it. They escaped unscathed but had to spend the next few months jumping from hotel rooms to rented houses before finding a permanent place to stay. The song has quite a melancholic vibe to it, but as the chorus kicks in, Petty assures the listener that while everything might be uphill from hereon forwards, hope remains to be found in unexpected places.