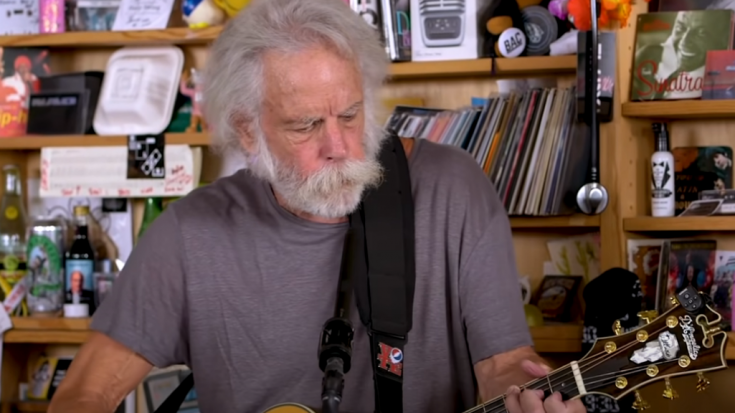 Bob Weir’s status as a guitar legend is enough to prove that he knows a thing or two about high-quality guitars. As the lead guitarist of the well-beloved jam band Grateful Dead, he’s behind the lengthy live performances that the Dead became known for; rattling around his guitar with marvelous riffs that only he could deliver. Weir is synonymous with the famous, but the guitar maestro doesn’t just pick his favorite axes by their name; for him, it’s all about the value of the music it produces. Check them out here.

By the mid-70s, Weir got a chance to collaborate with the Ibanez brand to produce his product, named “Cowboy Fancy.” In addition to its aesthetic appeal, the Ibanez takes a progressive approach to its pickups, as do the majority of their instruments, giving the right amount of push as the Grateful Dead’s sound continued to evolve.

Quoting Bob Weir himself: “Good instruments shouldn’t just be for elite folks,” and we thank him for that. This superb axe is co-designed by Weir, with the intent to produce excellent riffs all while being user-friendly and affordable at the same time.

What would Bob Weir be without his Gibson ES-335? Grateful Dead’s sound was established by the semi-hollowed body of this seductive beast, which happened to be Weir’s first trusted axe. Its pleasant tone and a little feedback were the guitar’s distinctive design goals. Consequently, The Dead were able to blend genres with ease on their recordings, thanks to this red, hot beau.