Bob Seger Is So Genuine In 1976 Interview – Watch 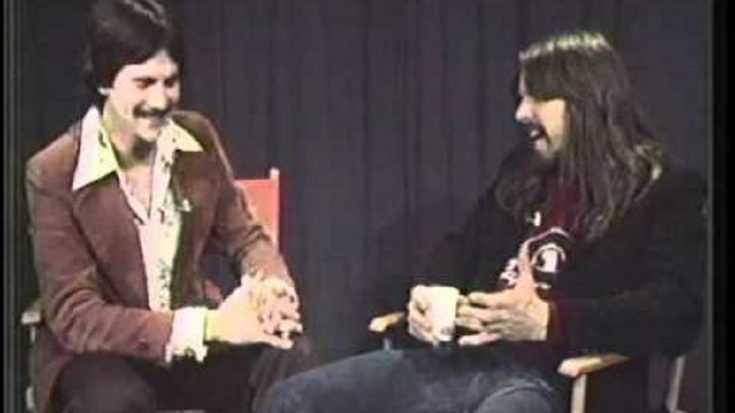 It’s rare to find someone so genuine and authentic in the music industry than Bob Seger. The musician, even after all these years, has kept his feet on the ground – no dramas, bad publicities, and even remained humble and true to his music throughout his career.

We’re taking a look at this December 1976 video of Bob Seger in an interview with WUTR-TV in Utica, New York. No, it wasn’t flashy or something that gossip columns would be interested in – it merely showcases the amount of respect that Seger has for his music, and how he pretty much wants it to remain that way.

Unlike other famous rockstars whose egos couldn’t be matched by many, Seger remains humble and diligent with his work. With his seminal album Night Moves just hitting record stores last month, the journalist was pretty much fazed around the fact that this is already Seger’s 10th album and people were still asking “Who is Bob Seger?”

“Part of the reason that we’ve been able to do 10 albums and not be superstars or anything like that is that we’ve never allowed ourselves to be subsidized by any major record company,” Seger said. “We always paid our own bills and went our own way instead of flying around, and having big road crews; we drove and so on.”

When asked why they opt to do things their way, Seger explained: “I’ve seen a lot of bands go up fast and go down fast because they go in debt to people and then [these] people start calling the shots on them – and we always want to call our own shots.” For Seger, the timeline is not important, but as long as they can have control of themselves and be known to many, that’s worth it.

The musician was also asked who his biggest influences are, aside from Chuck Berry. Seger mentioned James Brown as his biggest influence and said that he’s among the “few white people” in the audience watching the legend perform. Motown artists were his influences since he’s from Detroit; he also mentioned that he wasn’t much of a fan of Elvis Presley, except for his earlier hits.

Take a look at the interview below.