Bill Ward Is An ANIMAL! Watch Him Lose Himself In This Insane 1978 Drum Solo 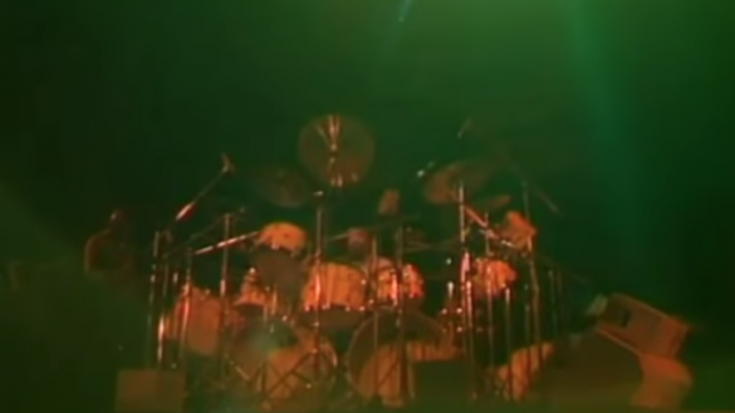 It’s Not Black Sabbath Without Him

Bill Ward is one of the best rock percussionists ever to have performed. He fulfilled all the stereotypical heavy metal/ rock and roll stigmas but that never stopped him from actually mastering real music. While with Black Sabbath, the legendary drummer was recognized as a naturally talented contributor and helped found the band’s signature sound. Ward had heavy blues inspirations from the 1940s and  was responsible for helping  incorporate jazz inflections into Black Sabbath during the early 1970s and on. Though he was with the band on and off again, he always returned to work with them due to the evident success of their combined talents. Bill Ward is now permanently with Black Sabbath and still continues all his side projects and work with his other bands. Who can blame him? With that much talent to share it would be a dis-service to the music world to not spread his masterful percussion abilities.

He Doesn’t Play The Drums, He IS The Drums

Maybe he inspired Animal, the Muppet’s drummer… I don’t know. Regardless, this man is an absolute and complete DRUMMING BEAST.He drags you into a short and sweet intro as he starts to quicken the pace of his playing until he completely shoots into a different galaxy entirely- one which only the godfather of heavy metal drumming can soar to. You can watch Bill Ward’s face completely translate the euphoric feelings he is experiencing from connecting with the massive drum kit that envelopes his entire stage space. His playing is so magnificent and natural that it seems impossible to imagine that he didn’t improvise this solo right on the spot. Watching his solo makes you wish you could time travel just to witness the once-in-a- lifetime show that Bill Ward must have put on during that night in 1978.