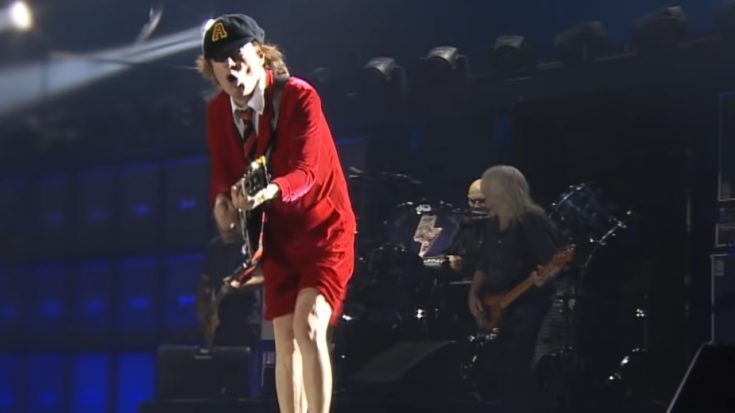 AC/DC’s guitarist Angus Young says he’s still not done with the collection of material he has written with his late brother, Malcolm Young, for the band.

The upcoming album Power Up consists of music written and created by the brother tag-team throughout the years leading to Malcolm’s passing in 2017. In a conversation on the Let There Be Talk podcast, Angus tells host Dean Delray that some of the ideas were shelved for almost a decade.

“A lot of these songs came from when we were going to do the album Black Ice. Malcolm and me had a lot of years when the two of us would just be in a little studio, just working away all the time … and in that period we’d so much stuff,” he said.

He added that “when we went to do Black Ice, it was a case of you’ve got a few boxes of your ideas … [and] we only got [into] box one.”

Producer Brendan O’Brien told them: “You’re covered. You’ve got enough for a great album,” even if they only got the first CD done. Angus continued, “I was even saying to Mal, ‘Hey, we’re rolling here – should we just continue, do some more?’ And Mal said, ’No. We’ll get ‘em later. Don’t worry.’ He always said, ‘Nothing goes to waste with us. If we’ve got a good idea, we’re gonna use it.’”

Angus explained that their ideas were derived from a process that required the Young brothers to play riffs simultaneously until they’d play back a few tracks and spot a section that stood out. He described these tidbits as infused with “a bit of magic,” and would keep them even if some didn’t match AC/DC’s style. “As Malcolm always said, by the time we finish with it, it is AC/DC,” he said.

He added that “because of that time, we’d marked out all the … ones that stood out. And I’ve still got a lot of those ideas – I’m still not done with all that I had.” When Angus was asked if the upcoming Power Up album would have a follow-up, he responded with: “I don’t know how many I would have.”