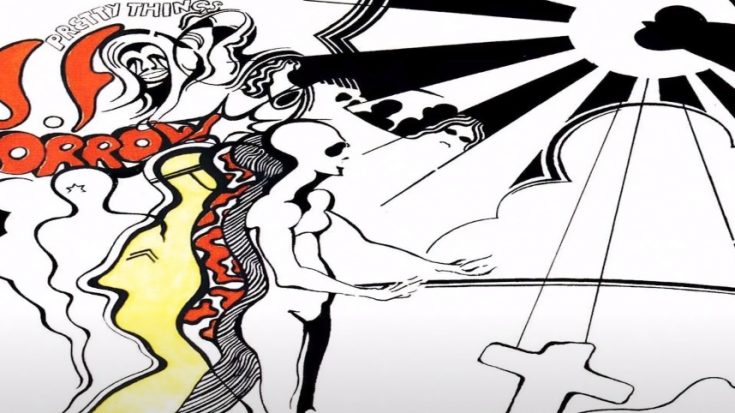 The Pretty Things were ahead of everyone else when they presented their fourth album, S.F. Sorrow, to the world. Structured as a rock opera, S.F Sorrow is considered to be one of the very first concept albums in existence, even predating the famous Tommy of The Who. It follows the story of the fictional character, Sebastian F. Sorrow, as he spirals into madness in the album’s entire run.

It is opened by “S.F. Sorrow Is Born”, featuring some intricate acoustic bending, a driving rhythm, and vibrant flourishes, followed by “Bracelets of Fingers”, introduced by a vocal harmony and proceeds to a standard rock format detailing the childhood and adolescence of Sorrow. “She Says Good Morning” livens up the mood thanks to the pretty girl across the street and carries a rich punk sound. Next is “Private Sorrow”, a march-like beat signifying Sorrow’s service in World War 1, which he powers through and decides to move to America for good. He then sends for his lover who arrives on a zeppelin, but it bursts into flames as told in “Balloon Burning”. “Death” closes the first side with its harrowing and eerie atmosphere thanks to the doom-like blues riffing it sports.

The second side starts with “Baron Saturday”, an eccentric track that has its merits when it comes to musical quality. “The Journey” follows with its weave of acoustic and electric guitars before going out with an acid trip of an ending, while “I See You” enhances the mood with its slow, lumbering rhythm augmented by haunting vocals and a scathing lead guitar. A medley in the form of “Well of Destiny” disturbs the brooding effect of the previous tracks and transitions into the piano song, “Trust”. “Old Man Going” is a high point in the S.F. Sorrow story as he finally spirals into madness with a touch of glam-rock, while album closer “Loneliest Person” uses an acoustic arrangement as Sorrow resigns with the thought of being the loneliest person in the world.

While The Pretty Things made quite an album in S.F. Sorrow, they were eclipsed by more prominent artists like the Beatles, who were in the middle of releasing their White Album as well. It doesn’t hide the fact that this record became one of the prime templates of rock operas that followed it.