5 Career-Defining Guitar Solos Of The ’80s 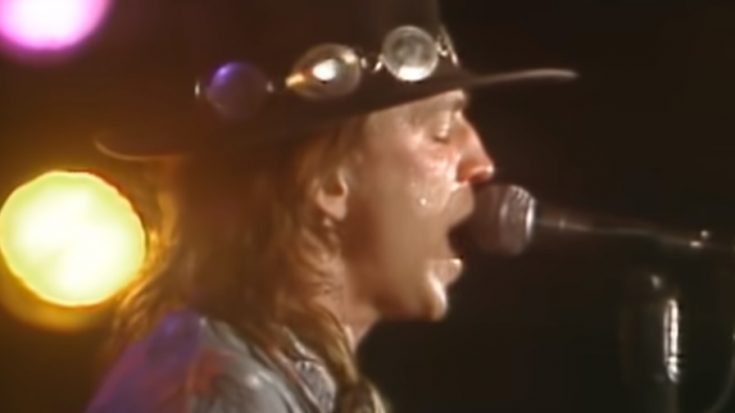 It’s a good thing that rock music stood resilient against the test of time, especially in the ’80s where disco and new wave were already beginning to take root in the scene. One trademark in rock is the guitar solo – nobody would dare question the dominance stated by this epic spotlight moment for the guitar. With that aside, here are some of the best guitar solos of the ’80s that took their players’ integrity to a whole new level.

Toto’s “Rosanna” is most notable for the shuffle delivered by Jeff Porcaro, but Steve Lukather’s guitar work just after the keyboard solo can’t be taken lightly. The underrated axman capitalizes on the previous run to elevate the hype of the composition with his piercing tone and impressive slow-to-fast phrases.

Eddie Van Halen surely knows how to work his way with the guitar. Consisting of multiple solos that either introduce high-octane energy to the listener or shredding it out in hard-rock goodness, “Hot For Teacher” tells the world that there’s more to EVH’s work than just “Eruption”.

While we’re heavily barraged by distortion-filled guitar solos since time immemorial, Mark Knopfler begs to differ and shows that skill trumps gear every single time. With a clean, quacky Strat tone, the Dire Straits frontman dishes out class and expertise in one fell swoop with “Brothers In Arms”.

The Purple One wasn’t just some pop conjuration. He enjoyed rock music just as much as anybody else, with the ballad “Purple Rain” ironically displaying his mastery of the style when he bursts into a blazing, piercing solo, making his guitar sing like it was made to.

No one reimagined the blues the way Stevie Ray Vaughan did in the ’80s, especially on the song “Texas Flood”. Driven by the main progression of slow, hypnotic changes, Stevie Ray Vaughan disturbs the peace with his painfully emotive runs and licks that comprise the behemoth of a solo.