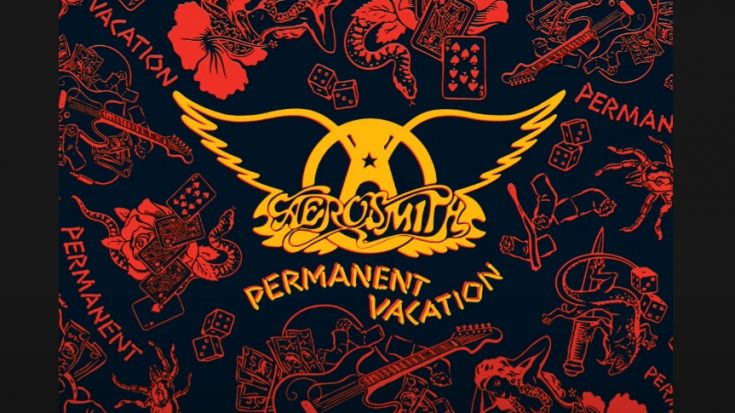 Aerosmith was in a slump come the mid to late ’80s, primarily due to the members’ drug and substance abuse problems that plagued them. Done With Mirrors from 1985 was primarily intended to be the band’s shot at redemption, but it wasn’t until 1987’s Permanent Vacation that the bad boys from Boston really bounced back from their gutter days. This album also saw the band outsource their songwriting, with Geffen Records bringing in reputable names like Desmond Child and Jim Vallance.

“Heart’s Done Time” opens the album with the introspection of the band’s journey coupled with a riff-heavy arrangement, while “Magic Touch” is a down and dirty rocker coupled with some good melodies by Tyler. “Rag Doll” is a smoother track with slide guitar and horns in the mix, followed by “Simoriah”, which brings the record to another gritty course. The classic “Dude (Looks Like A Lady)” is known for its heavy brass use and driving clavichord parts. “St. John” then closes the first side with a look back at Aerosmith’s early blues sound.

“Hangman Jury” is another blues treat that is lighter due to its acoustic arrangement and the signature harmonica from Tyler accenting it. “Girl Keeps Coming Apart” is funk-filled and has an exciting tempo courtesy of Joey Kramer’s drums. The power ballad “Angel” puts the preceding energy to rest though, which is quite a far shot from the overall feel of the album. “Permanent Vacation” has a Caribbean influence that fits the theme quite well, while their second Beatles cover, “I’m Down”, just proves that Aerosmith is one of the few acts that deserve such remakes. Closing out the whole album is “The Movie”, an outlandish instrumental that is underscored by a female doing spoken parts in a foreign language.

The rebirth of Aerosmith was realized with Permanent Vacation, and while it took some of their songwriting liberty, it was a necessary step for the band to stay relevant and allow them to reform themselves as the years went by.