Album Review: “Love It to Death” By the Alice Cooper Band 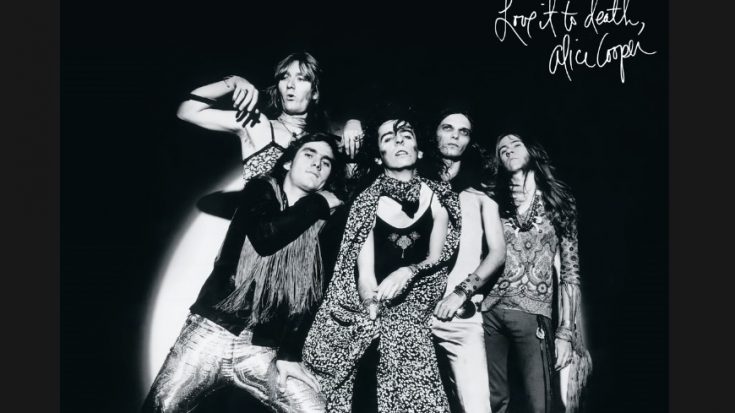 Being signed by Zappa didn’t mean a thing if you didn’t have the material to show up for it. This was the Alice Cooper Band’s situation when they were well into making their third album. This was the band’s last chance for romance, which was saved by the legendary Bob Ezrin who came just in time to help. From acid rock, the band went straight-up hard rock – which soon became their staple genre.

The album opens with “Caught in A Dream”, an addictive garage rock track that provides excellent energy to attract listeners from the get-go. “I’m Eighteen” is a Cooper classic, with the coming-of-age theme becoming a quintessential cut of the album. Up next is “Long Way To Go”, another predecessor of the band’s heavier sound. “Black Juju” is a stretched-out jam that has the band call out to their psychedelic edge for one last time.

“Is It My Body” is a short rocker that really gears the grit on, while the religious-themed “Hallowed Be My Name” and “Second Coming” has the band discovering new territory – which worked quite well for them. “The Ballad Of Dwight Fry” has a haunting quality that dampens the heavy sound a bit, while “Sun Arise” continues to be an underrated cut that people should listen to more.

Consistency is key for success, which the Alice Cooper Band seemed to have achieved with Love It To Death. There’s just no better way to start with their catalogs but with this album itself.