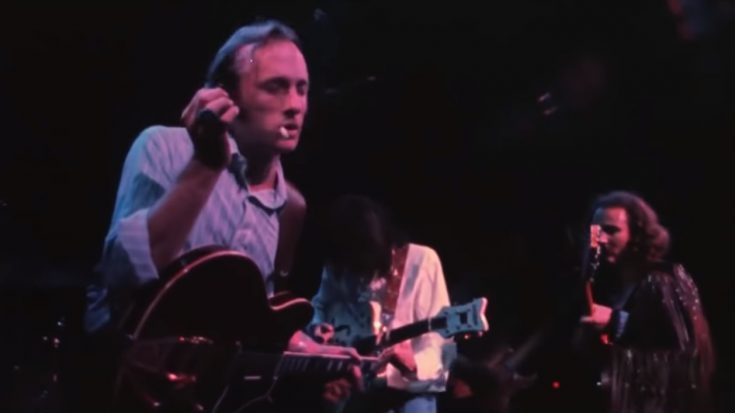 Folk rock supergroup Crosby, Stills, Nash & Young amazed fans and critics alike with the release of Déjà Vu in 1970. Neil Young had just joined the iconic trio, making the catalog a unique variation of tracks, as each of the members contributed an original composition for the album. This diversity appealed so much to the masses that it couldn’t pass without getting the chart topper treatment.

With Young brought into the fray and making it the CSNY collective, the group put much effort into recording the album. This translated to 500 hours of studio time, give and take, making for a fulfilling listening experience all throughout its length. The Americana branding is a staple in the album, starting with “Carry On”, features a flexible rhythm arrangement that lets the quartet’s harmonies and guitars shine through. Next in line is “Teach Your Children”, a country-inspired track that had the same lush harmonies of the previous one, and where Jerry Garcia of The Grateful Dead contributes a pedal steel section, returning the favor to CSNY by arranging the tune, after the group taught the Grateful Dead how to harmonize.

A counterculture dig resounds with “Almost Cut My Hair”, featuring a tripartite guitar flavor by Crosby, Stills, and Young. Another turn appears with “Helpless”, with Young showing his multi-instrumentalist cards by playing acoustic and electric guitar, piano, and harmonica, not to mention doing the lead vocals. Joni Mitchell decked out side A with “Woodstock”, which was originally intended as a folk track, but CSNY decided to rock it out.

“Déjà Vu” surprises listeners with its outlandish mix of hype and downplay. “Our House” takes the form of British pop flavors, telling the story of the then involved Nash and Mitchell. “4+20” puts a brief filler with its acoustic arrangement, while “Country Girl” reminds listeners of a Baroque sonic experience. Closing the album is “Everybody I Love You”, which was somehow underwhelming for a conclusion.

This sonic masterpiece was what you got when you put together some of the best musicians of the era, and leave them to their own devices. The magnificent arrangements, clean and precise execution, and textured sonic quality is what made Déjà Vu one of CSNY’s most acclaimed catalogs.