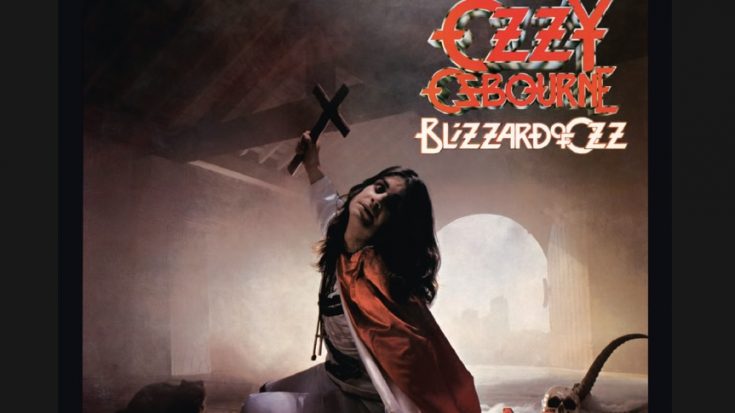 Ozzy Osbourne had Sharon Arden to thank for seeing him through even as he was booted from Black Sabbath in 1979. Picking up the pieces, Ozzy tried his hand at going solo by getting in touch with his side project, Blizzard of Ozz, to try and release his debut album. With the help of members Randy Rhoads, Don Airey, Bob Daisley, and Lee Kerslake, Ozzy was able to push out a successful record on the first try.

The album starts with “I Don’t Know”, kicking things off with spacey effects before a chugging Randy Rhoads enters the fray, varying his sonic attack with a contrast of dirty overdrive and flangers. “Crazy Train” soon follows, starting a classic rock cult following thanks to its signature thumping intro and Ozzy’s deranged vocal accents before going into the riff-heavy verses – Rhoads also dishes out one of the most scathing solos of the era in this cut. “Goodbye To Romance” alludes to Ozzy’s departure from Sabbath and has a power ballad structure going for it. Next is “Dee”, giving way to Rhoads’ acoustic solo tribute to his mother, while “Suicide Solution” is a mix of Black Sabbath and Deep Purple influences as it carries a doomsday vibe.

Side two opens with “Mr. Crowley”, an experimental cut that talks about the infamous Aleister Crowley and are driven by synths before going into a hard rock section, simmering down as it nears conclusion with beautiful melodies courtesy of Rhoads. “No Bone Movies” is credited to all four core members of the band and talks about abandoning pornography in a curious arrangement. “Revelation (Mother Earth)” proves itself to be one of, if not the best, track on the album thanks to its genius orchestration as Ozzy sings about apocalyptic events, pummeled down by a heavy guitar and bass run along a classical piano passage. Ending the album is “Steal Away (The Night)”, concluding things on a loose note as the band breaks into a fun jam.