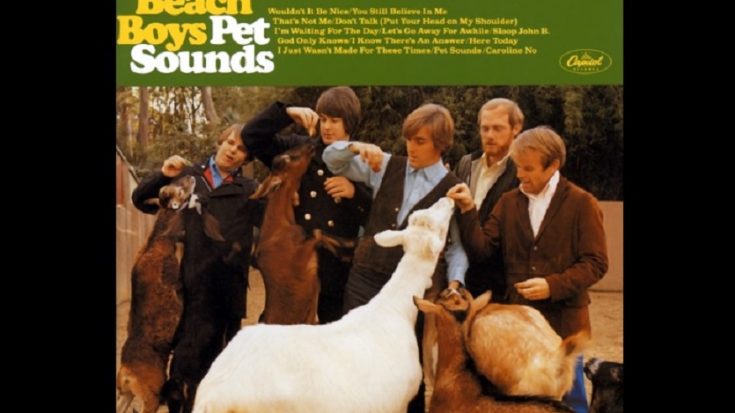 Until this day, the Beach Boys remained the most successful American rock band commercially. The young BB might’ve made good use out of the Californian sun, beaches, and fast cars, but for this album, Brian Wilson swerved in another direction when he introduced the pinnacle of the group’s music, coming from their transformative album Pet Sounds. Now, this album can confuse you with the innocence of sunshine and pets from its title, but Wilson gave the Beatles’ rebellious album Rubber Soul the credit for the change of pace in their song compositions, as well as a nod of LSD inside his body.

“Wouldn’t It Be Nice”

Starting the album with this carnival-vibe song of “Wouldn’t It Be Nice”. Its catchy tune can give you a hint of melancholy since the lyrics do not infer the traditional happy feeling. Somehow, it still has the remnants of the old surf music from the group, but with a new, subtle rock look.

“I Just Wasn’t Made For These Times”

Perhaps the most insightful statement that Wilson had created for Pet Sounds. It certainly talked about the problematic encounters he faced from childhood, up until the questionable approaches of his bandmates towards this album. Try to listen to this and you would know the definition of pain.

Need we to say more? This is possibly the best Beach Boys song to have ever exist, and the instant favorite not just among their loyal fans, but for the other people who listen to music in general. It’s the first widely-known use of the word “God” from a song, and it could potentially result in a frightening ban from the radio, coming from a more conservative timeframe. Yet, judging the beauty of the track, the angelic instrumentation, and the harmony of the group could make you fall in love immediately. And for sure, God only knows what we’d be without this song.