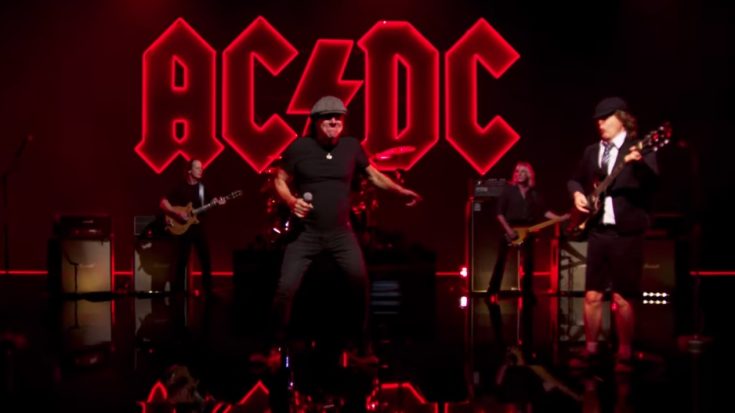 After months of teasers and sneak peeks, AC/DC has officially unveiled the music video for “Shot In The Dark”, the first single from their upcoming album, Power Up.


The said video was directed by the band’s longtime collaborator David Mallet, with Amsterdam, Holland being the shoot’s location of choice. While they were shooting in the location, the members took the time to play for the first time together, with drummer Phil Rudd saying they’re “ready to kick some ass” when they return to performing on stage in the future, especially on the supporting tour of their 17th studio album Power Up.

This is the band’s first release since 2014’s Rock Or Bust, in which the following supporting tour saw Johnson exit from the commitment due to hearing problems. Cliff Williams has also returned to the fold after his retirement at the end of the same tour as well. Joining the band in place of Malcolm Young is his nephew Stevie Young.

Angus Young notes that the album doesn’t feature guitar parts from his late brother, although many ideas of Malcolm were used in the album. He said, “I know a lot of people have been saying: did Malcolm actually play, is it his instrument on the new album? I chose not to do that because I felt Malcolm himself wouldn’t like me trying to splice his guitar work.”