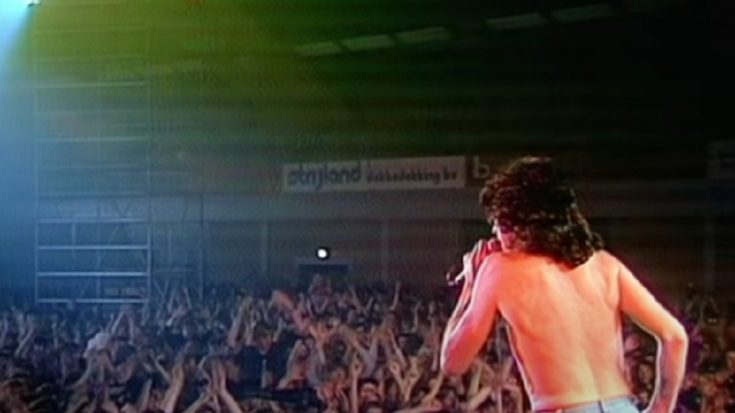 There’s a lot worth proving with AC/DC’s Bon Scott. Sadly, we’ve never found the extent of his talents after his death in 1980, but worry no more, we can just easily take a look at this 1979 performance of “Highway to Hell,” as Scott proved that he’s the soul of AC/DC.

“Highway to Hell” is the opening track of the band’s album of the same name, and contains one of AC/DC’s most recognizable riffs ever. Written by the Young brothers Angus and Malcolm with Scott, with Angus coining the title regarding AC/DC’s exhausting schedule of promoting their albums in America.

However, this isn’t the only explanation worth noting with the title. Highway to hell could also refer to the Canning Highway in Australia, with the highway being near the pub called The Raffles – a drinking bar in the 70s. A lot of people had been killed around the block, so that’s where the name came from.

Mutt Lange produced the album, and his ideas became a significant factor to deliver the album into a classic one. The band never sounded so good inside this gem!

The performance below shows the glory days of AC/DC, and it’s enough to prove that they’re among the greatest bands out there. Even after Scott’s death and with him being replaced by Brian Johnson, nothing could still compare to his energy and vigor as he performed onstage.

Take a look at the video below.