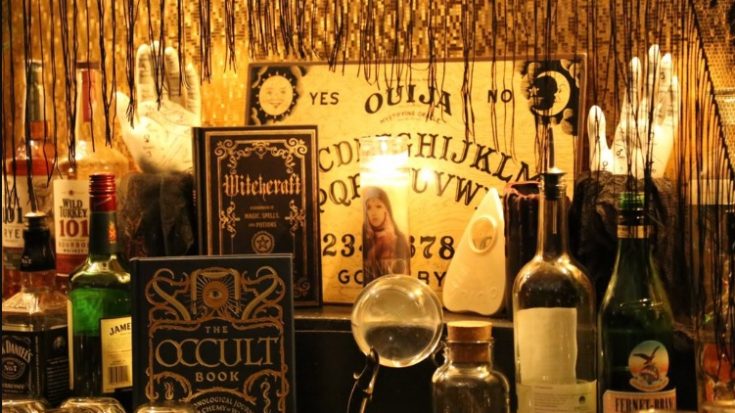 The Rhiannon, a pop-up bar in Chicago dedicated to Fleetwood Mac and Stevie Nicks - The Rhiannon / Twitter

To those who reside in Chicago or plan to take a visit, you’re in for a treat! A Fleetwood Mac and Stevie Nicks-themed pop-up bar called Rhiannon has just opened up, with very detailed references to the White Witch in particular.

With The Rookery playing as host to Rhiannon, the pop-up bar was just opened on May 23rd. With occult themes, including a resident Tarot card reader, the bizarre stint also features spring cocktails that are named after Fleetwood Mac hits such as “Songbird”, “You Make Loving Fun”, and “Seven Wonders”, served to guests courtesy of the Beverage Alchemist, Alex Brick. Apparently, the gig is a return engagement after a successful bout with the Rookery last year.

Owner Amy Teri, owner/partner of The Rookery, was quoted in an interview with ABC News last year saying, “The first concert I ever saw was Stevie Nicks of Fleetwood Mac, and I’ve been a huge fan ever since. This is a pop-up celebrating the magic of women.”