A New Comic Book Explores The Myth Of “Paul Is Dead” 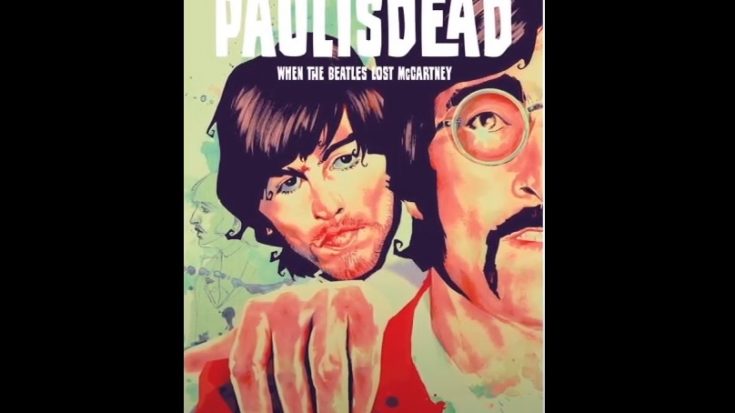 It seems like the long-running pop culture hoax of a dead Paul McCartney has been re-explored in a new comic book.

For a refresher, McCartney allegedly died in a car crash when the Beatles were in the middle of recording Sgt. Pepper’s Lonely Hearts Club Band, and a lookalike was tasked to take his place just to keep the band going without breaking out the “truth”. Obviously, some fans and conspiracy theorists ate the pie even without hard facts, relying on “subliminal hints” from later Beatles songs to prove the phenomenon.

Paul Is Dead: When The Beatles Lost McCartney is the creation of writer Paolo Baron and artist Ernesto Carbonetti and will tackle the Fab Four moving onwards since losing Paul in 1966. The book will be published on June 3.

According to the book’s synopsis, it is “November 1966. London. John Lennon can’t speak. He can’t take his eyes off the photo of a car in flames with Paul McCartney’s body inside. His friend is no longer here, and that means the Beatles are no longer here either. But John wants to know the truth, and with George and Ringo, he will begin to re-examine the final hours of Paul’s life.”

In an interview with Forbes, Baron shared, “First, me and Ernesto are both musicians, we feel a special attraction to music legends. I had a band for more than 20 years, and the Beatles were my first idols, never to be surpassed. The urban legend known as P.I.D. was always hard for me to believe. I always laughed it off, but still, I was curious about it for years. So, now that I am working with this amazing medium, the comic, I can share, with people, all my research from newspapers, books, documentaries and interviews about the conspiracy of Paul being dead. It is just like investigating a ‘cold case’ and giving a very personal opinion.”