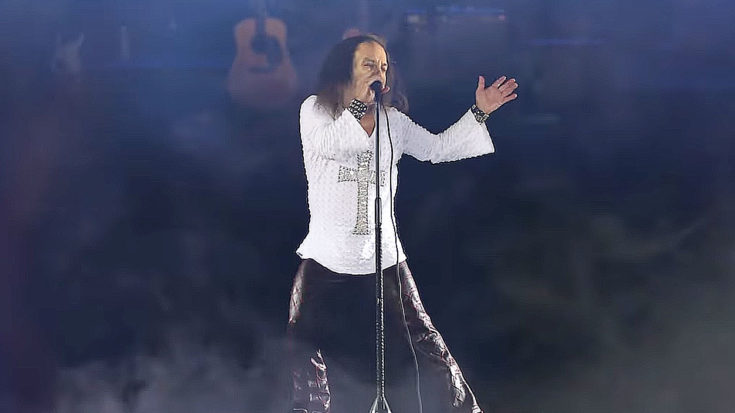 Last year, the news of Ronnie James Dio being resurrected in hologram form took the rock world by storm. Not only that, but the initial reaction was quite positive. Wendy Dio, widow and ex-manager of Ronnie, is essentially the driving force behind this whole project. She has expressed many times that a hologram is what Ronnie would’ve wanted.

With all of that said, we are just less than a month away from the hologram embarking on a world tour and as we’re winding down to the grand debut, fans are slowly becoming more and more outraged. Here are just some of the reactions to the whole ordeal.

Even though I'm slowly warming up to Dio's work, I'm still not a big fan.
BUT, the hologram shows are one of the most disgusting corporate fucking things I've ever seen.

@metalinjection Love Dio!! But this whole hologram thing is a big waste of time

Shame that Wendy Never asked Dio's Fans if they liked the idea of the Hologram..I would rather have a few beers and listen to his music and Watch The Great Mans Video's at home Long Live Ronnie's Legacy m/

We wonder if Ronnie James Dio's hologram will require a bowl full of brown M&M's in it's virtual dressing room. https://t.co/Vif4kHcK3V

No. She’s trying to capitalize on Dio. It’s a cash grab

As you can see, people left and right are accusing Wendy Dio of trying to capitalize on Ronnie’s legacy. Of course, this criticism is nothing new. Wendy has had to defend this project many times before, but with the criticism being at an all time high, you can’t help but wonder how it will all impact the tour.

These are the tour dates below.

Watch the official first look in the video below.