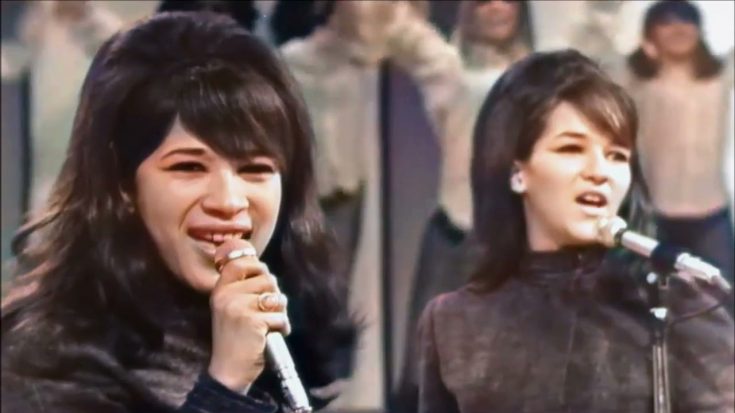 The Ronettes became one of music’s well-known all-female acts that shed light on all the future female groups to follow. Their style and vocal capabilities led them to become one of the 60s’ top-performing acts, and even became the only girl group to tour with The Beatles. Albeit releasing only 1 album in their whole career, their catalog consists of 9 successful singles, enough to prove that they were a real deal. By 1968, the Ronettes were no longer active, but their legacy remained as a trademark to the burgeoning growth of female groups in the music industry. Below are the 9 iconic Ronettes songs worth listening to.

This single, released after the Ronettes decided to part ways, actually had Ronnie Spector to perform only. It was Ronnie’s way of channeling her sadness to her marriage from Phil Spector, who kept her “locked on the house” the whole time they were married.

This another unforgettable single from the Ronettes gave them another top 40 in their catalog. “Do I Love You?” is a sweet track that only the trio could pull off fantastically.

Charting just at the tip of no. 100, the Ronettes’ “I Can Hear Music” is a feel-good song that’ll make you want to listen more from the group. A Beach Boys’ version of this one did well, peaking at no. 24 on the charts in 1969.

Perhaps one of their well-known hits in their career, “Walking in the Rain” gave the trio their 5th consecutive top 40 songs. The song tells us about finding someone to love dearly.

This slow ballad captured the other side of Ronettes, who could also sing in such a heartfelt manner. The song is written by Carole King, Phil Spector, and Gerry Goffin.

This one Ronettes classic is among the top 40 singles of the group, with iconic duo Sonny and Cher’s backing vocals also present. You might be quite familiar with its tune and that’s because this Ronettes song is featured on a Folgers Coffee TV commercial.

This remarkable song of the group is perhaps known for the use of Spector’s well-known “Wall of Sound” technique, notably used by several musicians such as the Beatles. The swinging vibe and Philadelphia sound would hook your ears into.

The Ronettes cemented their iconic status with “Be My Baby,” one of music’s most treasured gems. It’s easily considered to be one of the major innovations in terms of creating music, therefore inspiring hundreds of artists to recreate their tunes that followed the basic principles that the Ronettes have provided for them.

Something about the style of the Ronettes is that they can almost pull off any genre and type of song if they want to. With that, take a listen to this Christmas song “Sleigh Ride,” a highlight from Spector’s Christmas album A Christmas Gift for You.