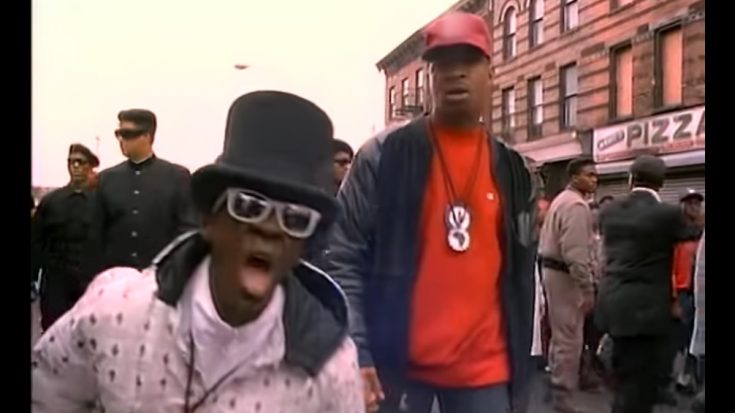 Rap and hip-hop icons Public Enemy has become the golden standard in the relatively young genre. Hailed as an influential force in furthering the musical style, Public Enemy’s brand of rap ranges from fun to serious topics and socially-themed lyrics. Here are some of the group’s best cuts that prove that they are a force to be reckoned with.

The group debuted in an explosive fashion with the song “Public Enemy No. 1”, which was way ahead of its time when rap and hip-hop were just starting to take root in the mainstream. The dynamics between Chuck D and Flavor Flav makes the arrangement extra special.

Public Enemy wears its heart for social justice on its sleeve with the analogy of the modern corporate machinery to the olden days of slavery. Apart from the great flow, the song’s music video tops off the message really well.

Another slam against corporate America is the group’s 1991 cut, “Shut Em’ Down”. Criminally underrated, the song goes hard with the beat as the lyric discusses everyone being forced into the trade.

Public Enemy joins forces with Ice Cube and Big Daddy Kane in the 1990 song, “Burn Hollywood Burn”. It discusses Hollywood’s continuous exploitation and stereotyping of black artists, where they do not mince words.

Driven by a catchy beat and instrumental, “Black Steel in The Hour of Chaos” carries the narrative of a jailbreak which is a jab at the US government and its prison system, with the weight of a thousand experiences packed in a lethal dose of lyrics.

“Rebel Without a Pause” served as the perfect representation of Public Enemy’s transition to a more polished production process. As per usual, the energy and power presented by the group go beyond visual and audio aesthetics.

Public Enemy reminds the people that they hold the power in their hands and can demand those in position with the bouncing groove and flow of 1989’s “Fight The Power”. It also has become a classic thanks to its inclusion in the movie, Do The Right Thing.