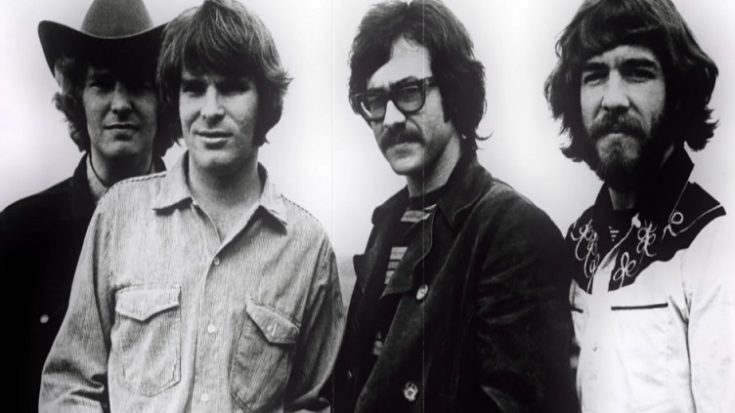 Creedence Clearwater Revival was once on top of the world, becoming one of the biggest bands in history in just three years. Their efforts to supply their tremendous talents were incredibly generous, although short-lived. Whatever happened to these Californian rock band were mixed with jealousy, bad blood, and countless lawsuits. We look at the top 5 tragic moments from CCR’s career.

Tragic experiences from the Woodstock Festival

At the peak of their stardom, Creedence Clearwater Revival was almost always present at every huge festival that they could perform. Like the iconic Woodstock Festival, they were the top-acts and were supposed to perform next with the Grateful Dead. But they met the constant rain and technical difficulties, with people almost bored and covered with mud. John Fogerty, the CCR’s leader, refused to allow their performance to be a part of the documentary, as well as the live album.

The members’ resentment against their leader

John Fogerty might be a hero to some, but to his members, he was the villain. Despite being the youngest among the four, he was the sheer drive of CCR. Fogerty’s dominance inside the band means that there is less to say for the others. It didn’t bode well with them since they were trying to provide their artistic opinions to also be noticed.

The constant bickering, as well as John Fogerty’s unwillingness to hear the others, took a toll on his older brother to hit the road and say goodbye to them. Tom’s decision to leave, as he explained, was not at all planned and that he was only trying to go for a new direction to his career. Yet, it was reported that the sibling had an ongoing feud even after Tom left CRR. John was left to expressed regret from his and his brother’s fallout when Tom died from an HIV blood transfusion.

In case you don’t know, Saul Daentz is the head of Fantasy Records, the recording company of the Creedence Clearwater Revival. Countless suing against each other, as well as the desires of John Fogerty to own the CCR songs that he composed, were brought to the media’s attention. Tom Fogerty, Stu Cook, and Doug Clifford were at Zaentz’s side during this whole trouble, to John’s dismay. And, when Saul refused to let John be free of his contract, John knew that the only way to stop Saul’s greed is for him to stop performing his songs from the CCR.

The Rock and Roll Hall of Fame fiasco

A ray of sunshine befalls the now-defunct Creedence Clearwater Revival when it was announced that they were inducted into the annual Rock and Roll Hall of Fame. But it was clothed with bitter hatred of the surviving three members. When John Fogerty knew that the band has to perform their songs altogether, he refused to share the stage, leaving Cook and Clifford to watch the others and Fogerty play their very own songs.