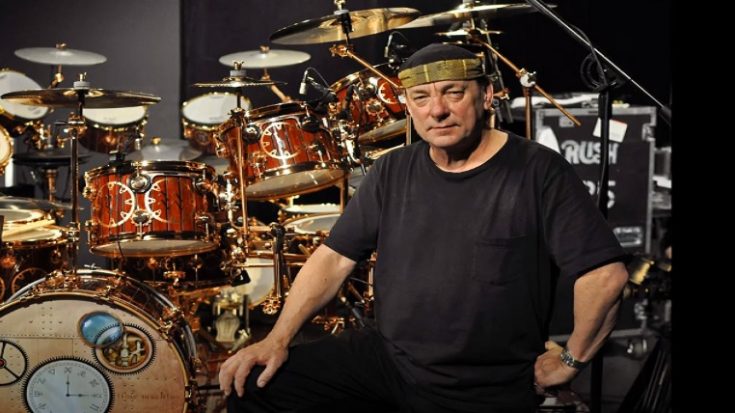 Among the greatest of greats, Neil Peart from Rush will always have the edge among everybody. He is known for his incredible skills in the drum scene, as well as his astounding capacity to write songs for the band. He is also primarily considered as one of the most innovative rockers in the history of music. Whether or not you’re a fan of Rush or just rock in general, it is not a question in mind that we are always interested in how this young legend has achieved his fame and success that we still respect even up to this day.

He always had a penchant for drumming with household things

Neil Peart had always been so interested in tapping his two hands to anything that produces sounds. Particularly with the use of chopsticks, he would go on to drum on the surface of the various objects that he would encounter. This interest of him would drive his parents to give him a pair of drumsticks, a practice drum, and a drumming lesson for his 13th birthday.

He traveled to England to pursue his dream as a drummer

During the early years of his career, he was inspired by his idols Keith Moon and Ginger Baker who were both UK-based drummers. And so, Peart risked everything and went to England to pursue his deep desires to play on stage. He did land on different bands and played gigs with them, but it was not what he expected. The poor outcome led him to go back home to Ontario, Canada where he would meet his future destiny: to become the drummer for Rush.

In 1997, after the awful car accident that his 19-year old daughter Selena had experienced, as well as the death from cancer of his common-law wife 10 months after this, he had told his bandmates to consider him retired. After the incident, he took an ample amount of time to mourn and reflect. However, after the time of healing, he went back in 2001 and announced that he is now ready to go back to performing.

He admitted that when he had broken the tips of his drum sticks, he would go on to use the other end part of it since he couldn’t afford to buy another one then. Fortunately, this worked well for him since the gripping of the lighter part of the drum sticks gives him a greater solid impact for swinging his arms.

Peart is also an author of several books

Aside from being a great lyricist, Peart is also an active writer to all his experiences in life, most notably his adventures of self-healing and the band’s success. He had authored 7 non-fictional books and 4 fictional books.