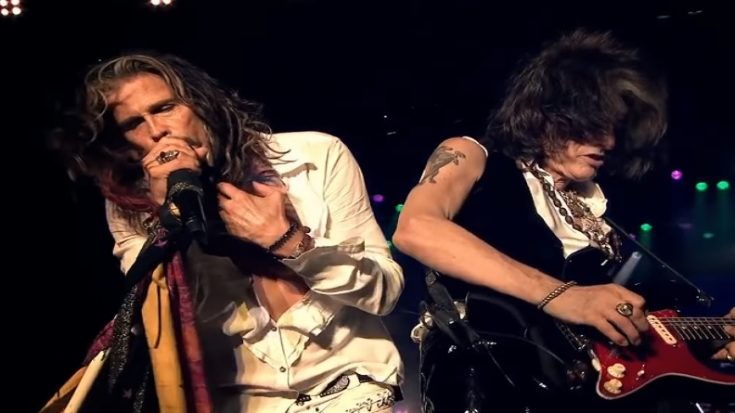 Whatever the reasons for a certain rock band to decrease its popularity, it’s almost the same for everyone: drug addictions, accidents, loss of the will to perform, etc. It’s either you’ll miss the chance to shine in the spotlight again, or you get up and start doing the thing that your life once revolved around. The harsh reality of obsolescence and rejection oftentimes scare artists for another comeback, but for these 5 brave bands and solo artists, that’s not always the case.

The lead singer of Creedence Clearwater Revival had some misfortunes that befall upon him. Drowned and discouraged from his long battle of CCR royalties from Fantasy Records as well as developing a writer’s block, thankfully, Fogerty released Centerfield in 1985. It sprouted him a top 10 hit that gave him his fame back.

When Brad Whitford and Joe Perry left due to their respective drug abuse, the band started to face its solid downfall. Aerosmith wasn’t the same back then, but when the duo came back for their Down With Mirrors (1985) as well as Permanent Vacation (1987) albums, they knew they’ve pinned their careers for rock and roll once again.

Santana was once on top of their game, until one day, they’re not. Looking for a new recording company to stay in, they found Artista. The switch gave them the freedom to incorporate Latin music into their art, a good thing to do since there was a new surge of such genre at that moment onwards. The result? Two chart-topping singles, an album that sold 15 million copies, and multiple awards at Grammys.

This legend is known for some pretty iconic returns in the span of his booming career in the music industry. Comebacks from him involved a motor accident, being back on tour with his old band, reliving his roots of traditional folk songs, and many more. If the odds are not mistaken, he might’ve been hailed as the “king of comebacks.”

When the Eagles ceased to perform collectively, they were faced with ample justifications that the band no longer exists. It did not help when Don Henley began to tell everyone that they will once again recoup for another comeback when the hell freezes over. Guess what? It did happen, and they began to perform a comeback live album with the name “Hell Freezes Over”. Smart.