5 Of The Easiest Aerosmith Songs To Learn On Guitar 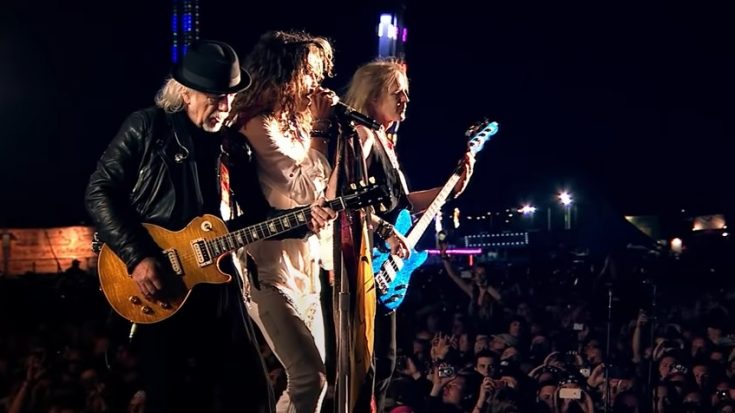 Want to rock on to some songs without pulling out the big sweats on your next family or friend outings? Aerosmith’s catalog of songs are a great way to keep your circle entertained, with most of their songs being driven by simple but potent riffs courtesy of Joe Perry and Brad Whitford. Here are some of the easiest songs you can learn on guitar from Boston’s notorious rockers.

From one of Aerosmith’s most coveted catalog comes Steven Tyler’s statement of frustration with the band’s state of affairs, powered by Tom Hamilton’s ingenious riff. Known for its simple, recurring guitar riff with some modestly sped switches, “Sweet Emotion” is one of the easiest songs to play from the band.

Probably the single most-known cut of Aerosmith even for casual listeners, thanks to the movie it was featured in. “I Don’t Wanna Miss A Thing” is a power ballad that takes on the form of an easy pop song structure that’s easy to follow on the guitar, no big riffs or intricate solos for you to rock out on this one.

Another power ballad that’s easy to play comes from the band’s self-titled debut in 1973, which is “Dream On”. Written by Tyler way before he was in Aerosmith, “Dream On” has an unconventional song structure that runs in a slow and brooding fashion where you can pace yourself on the guitar.

Avid Aerosmith fans will tell you that playing “Walk This Way” should come as natural as breathing – and it’s not hard to see (or hear) why. The song follows a relatively simple riff that you can dish out in a few hours of practice, as it contains some of the most energetic progressions in rock music.

Nothing wrong sticking with power ballads with “Cryin'” here, which was written with outsourced help. Using a slow and definite progression, you can learn the song on the guitar pretty easily and play it to your friends for an instant Aerosmith singalong moment.