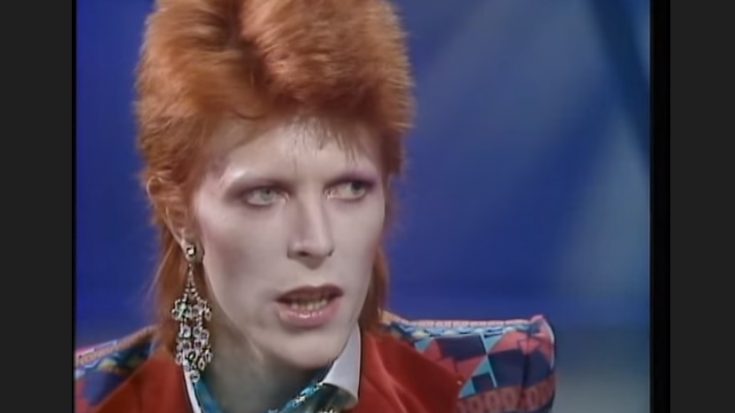 There’s something about David Bowie’s voice that makes him so distinctive from the rest. To consider him as one of the greatest artists of our generation, is not an overstatement, yet, oftentimes we forget about his vocal capabilities as we are busily praising the singer for his epic artistic eye; often the basis on why he was a superstar in the first place. And so, we’ve collected these 5 isolated David Bowie vocals to remind you again why Bowie is a better singer more than you thought he was.

Although Bowie was never blessed with a vocal range as high and as wide much like the others, he was, however, blessed with charisma and unfathomable interest in proving himself to be the better one. “Golden Years” was among Bowie’s most beloved tracks, intended for the king of rock n’ roll, Elvis Presley.

In the 80s, Bowie felt dissatisfied with his career, but it nevertheless sprouted some finest tracks from the legend. “Let’s Dance” made him a pop singer, an ability of his that made his fans love him even more for his versatility. The song holds a groovy beat enough to make you dance. And as for his voice? Superb.

Indeed, the song that skyrocketed the new and improved David Bowie to his fame and fortune. He was tired of all the typical music-hall influences, and in the true Bowie fashion, channeled his true feelings and created one of the complex songs to perform to date. Bowie was never the man to joke around his work.

The lead single of The Rise and Fall of Ziggy Stardust and the Spiders from Mars truly captured the star status of Bowie under his Ziggy Stardust persona. Just a passionate man of art singing his heart out to some intense song.

Often labeled as the “greatest David Bowie song” to ever exist, “Changes” is also the mark where Bowie truly embraced the essence of transformation and evolution. Taking away its beautiful instrumentation and you’re left with incredible poetic lyrics that only David Bowie can create.