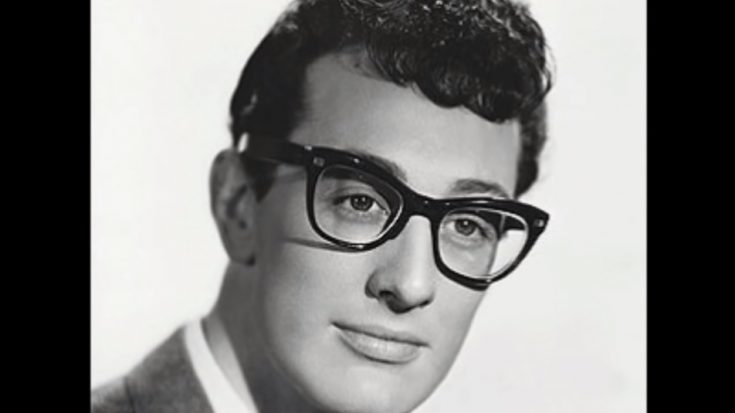 Texan musical miracle Buddy Holly was a breath of fresh air in the rock n’ roll scene when he took over it by storm in the ’60s. Not your average rocker, though, as the glasses, clean-cut looks, and lanky stature hide the massive songwriting and performing talent of this unorthodox artist. Buddy Holly was one of the vital trailblazers in rock music, his importance even made clearer when tragedy struck on February 3, 1959, dubbed as “The Day the Music Died”. In remembrance of this icon, here are some Buddy Holly facts that you might’ve missed.

Opening For The King

Buddy Holly was already playing for crowds back when he was in high school, but 1953 came along and offered him one of his big breaks. His duo act with Bob Montgomery, Buddy and Bob, was tasked to open for Elvis Presley at the Fair Park Coliseum in Lubbock on February 13, 1955. Holly even had the chance to use Presley’s Martin guitar for that night. This led to two more opening engagements for the King later that year.

Buddy Holly’s backing band, The Crickets, served as an inspiration for the future Beatles. John, Paul, George, and Stu Sutcliffe were greatly influenced by Holly, being big fans themselves. Their current band name, the Quarrymen, was getting old fast enough. They looked to the Crickets, which then opened up an insect theme that led to the beetle. A little bit of wordplay, and bam, you have the Beatles.

We Play What We Want To

While Buddy Holly and The Crickets were no strangers to the Ed Sullivan show, Sullivan wanting to block them from performing “Oh Boy!” didn’t end too well for him. Of course, Holly and the boys proceeded to play the song despite prior warnings. When they were invited again to perform, reports said that “Buddy told Sullivan’s people to forget it. The Lubbock boys didn’t need him anymore.”

Holly’s death was a sad time for his fans, but more so for his family, especially to his wife Maria Elena, who was two weeks pregnant when it happened. She heard of her husband’s death on the news, which caused her to miscarry. With this, the US Public Policy was changed to require that death by accidents should be reported first to the next of kin before making the news.