5 Most Dedicated Fans of Rock and Roll 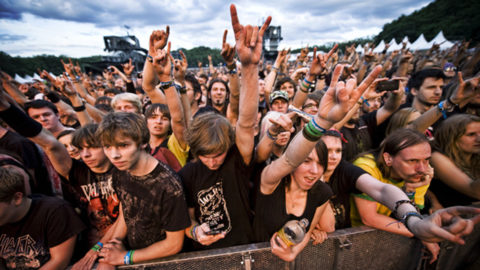 Any of these fandoms will argue that theirs is the ultimate fanbase. From tattoos, to merchandise collections, to fan conventions, and many more, here are the 5 Most Dedicated Fans in Rock and Roll:

5. The Deadheads – Fans of The Grateful Dead

The rhyming and the better word makes this take on drug slang much less stupid-sounding that Parrot Heads. Though both of these group names are eerily accurate at describing the differences between the two groups of fans, stereotypically.

This fandom just celebrated its 42nd birthday! They sure have the most fun in cosplay and merchandise collection!

The iconic Canadian trio has some very dedicated fans. The fans hold a convention just for themselves every year and display their loyalty to the band throughout the years. Their hometown of Toronto sure gets a boost in tourism just because of them.

The hardcore fans of The Beatles from back in their heyday used to be called the “Apple Scruffs”. But Beatlemania become a real worldwide phenomenon that made this band true historic figures in music.

Me, pretending that I live in the 60s and see John somewhere at an airport or anything like that. #60s #60sstyle #60sfashion #sixties #sixtiesstyle #sixtiesfashion #retro #retrostyle #vintage #vintagestyle #vintagefashion #girl #cute #fangirl #nerd #thebeatles #beatles #beatlemania #johnlennon #music #artist