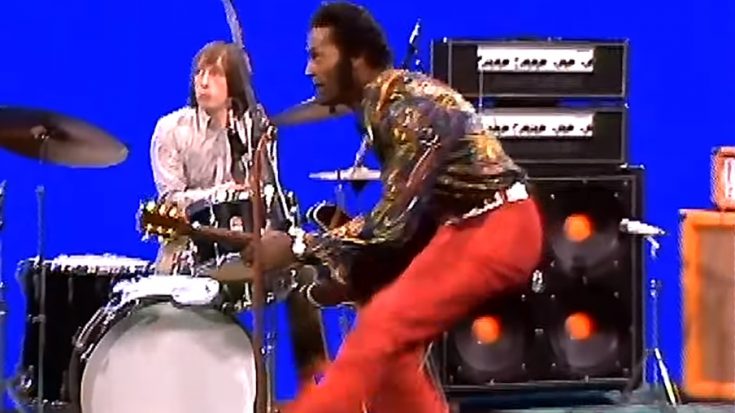 Often debated as the true holder of the King of Rock and Roll status, Chuck Berry’s influence over the genre is unmistakable. The instrumentalist/singer-songwriter virtually decided the fate of rock music with his tales of the budding teenage culture – which was a mishmash of sex, cars, and music. While his songs might sound closely similar to one another, Berry’s writing allowed him to shapeshift into any character in his themes and offer a multitude of perspectives, ranging from good old rowdiness to more serious topics like racism.

Chuck Berry masterfully masked the underlying themes that discuss racism with a riff-laden song of crushes, baseball, and history. This was inspired by an event that Berry witnessed with his own eyes, and made for a pretty controversial number once listeners caught onto it.

Berry made “Sweet Little Sixteen” as a nifty celebratory anthem for the youth without throwing its rock and roll essence out the window. Moreover, it features the singer-songwriter’s most addictive hook and a name-dropping chorus to spread the genre’s relevance forward.

Rhythm and blues was slowly but surely inching its way towards its evolution to rock and roll. Chuck Berry had another thing in mind, however, and sped up the process with the scathing cut that was “Maybellene”. This probably shocked the conservative folks of 1955, but it was a necessary step to bring rock music to the modern world.

Considered as one of Berry’s greatest cuts, “Roll Over Beethoven” was part of his unrelenting barrage to usher in the new age of music with his indulgent blues-inspired licks and inherent grittiness.

“Johnny B. Goode” was as generic as rock and roll could get, but it was this template that started the revolution. Laying down the foundation for what would be a mainstay in rock that was riffing, Berry did it with such conviction and enjoyment that it’s hard not to get hyped with him.