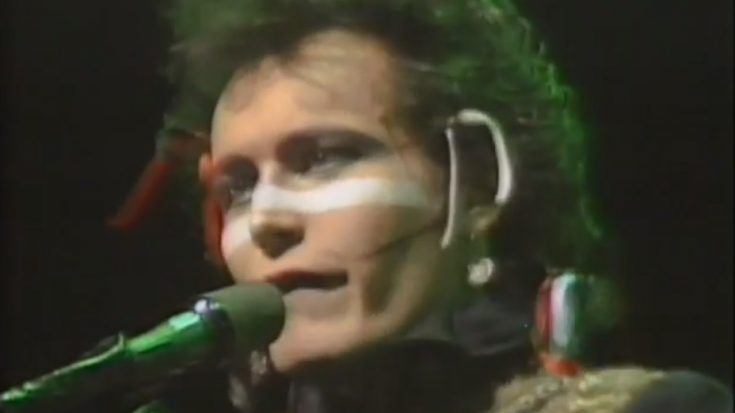 Adam & The Ants was a popular but short-lived New wave/punk ensemble that was active during the late ’70s and early ’80s. They scored their first number 1 hit in the UK with the song “Stand And Deliver”, which was the lead single of their third studio album from 1981, Prince Charming.

Frontman Adam Ant shares how the song came to be via the book 1000 UK #1 Hits by Jon Kutner and Spencer Leigh. “It’s just stealing people’s attention. I’m a very big history fan of certainly the Georgian era and I like the flamboyance and sexuality and bawdiness of the time. I’ve seen films like Tom Jones and I grew up going to Saturday morning pictures and seeing all these other influences. I put them all together and Stand And Deliver was just purely grabbing people’s attention and using the whole sort of classical English highwayman feel as a theme,” he shared.

The accompanying music video stirred some controversy due to the inclusion of a hanging scene that was considered too violent by music program producers, so an alternate cut was made for public consumption. According to Ant, “The idea of the Stand And Deliver video was to create a Hollywood movie in 3 minutes.”

Watch Adam & The Ants perform the song live in their Japan concert on the video below.