5 Best Drum Solos of All Time 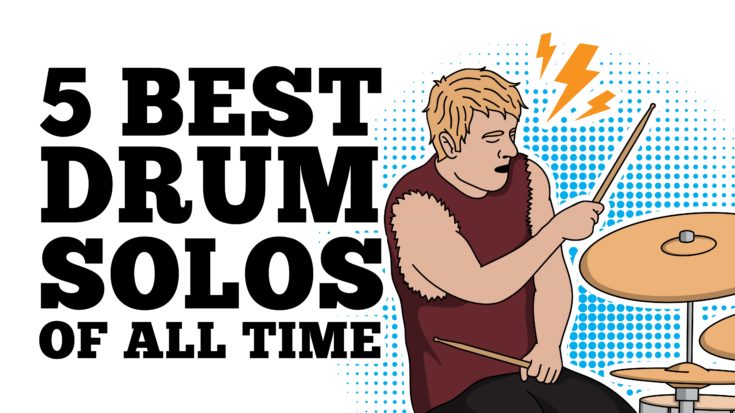 An Ode To Monster Drummers

They have the best seat in the house and even if they are sitting in the background, they have one of the toughest and most physically demanding jobs in the band. They may not be front and center but they are the ones with no room for error. The vocalist singing off-key or the guitarist making a mistake or two, that can be remedied and in some fortunate instances, people might not even notice it. But a drummer can never ever miss a beat. That’s when the entire song can come crashing down.

And in honor of these men who made the impossible possible, we have compiled some of the most riveting, jaw-dropping, exhilarating drum solos of all time.

Quick tip: make sure not to hold your breath.

Ginger Baker makes us think he was put into this world to either inspire drummers or frustrate them because let’s face it, no one does it like him. If you’ve seen his performance with Cream in 2005 at the Royal Albert Hall, he was already 65 years old at the time but dang it, he once again proved that he earned the title “rock’s first superstar drummer.”

While we’re glad he didn’t become a professional cyclist, his training contributed much to his skills behind the kit.

“In those days I played like a madman and got emotionally involved with the music. Some people don’t like that.” – Ginger Baker

“Played like a madman” is quite possibly the most accurate description of his drumming. He had limitless energy on stage that’s basically hard to ignore and while he had numerous monstrous spotlight-stealing performances, his solo on “Toad” is almost otherworldly.

Anyone who doubted his talent – well, legend has it, they became instant fans.

Even with Pete Townshend doing his damnedest to slam his guitar to pieces, we just can’t take our eyes off Keith Moon. He raises hell each time he gets behind the kit. More legendary than his insane antics (like putting cherry bombs in his drums or flushing explosives down toilets) is his reputation as a wild talented man of the skins.

He was called Moon the Loon for a reason but when he got down to business, he always stole the spotlight.

“His breaks were melodic because he tried to play with everyone in the band at once.” – John Entwistle on Keith Moon

We couldn’t decide which his best solo is so we opted to include two of his finest moments as a drummer. He had raw energy and the audience can never get enough of his melodic but manic, rapid smashing. He didn’t take himself too seriously but he was clearly a rock god through and through.

Ah, Neil Peart – he’s a league of his own, a legend even among his peers. You know what, he was probably brought into this world to make every other drummer look mediocre or bad. The thing is, he can play ANYTHING – throw in whatever genre and he’s guaranteed to slay it every single time. In fact, we always question any “Greatest Drummer” list without his name on it.

If by any chance, you don’t think he’s that good, you probably have never heard any of their songs or seen this particular solo.

“We were so blown away by Neil’s playing. It was very Keith Moon-like, very active, and he hit his drums so hard.” – Guitarist Alex Lifeson

If we have to describe his live performances in one word, it would be “magical.” He sounds not just the same as the recording or studio version but, it’s actually way better. We can’t say the same for other drummers. Then again, it’s Neil Peart and he’s nothing short of phenomenal.

If you didn’t just find your jaw on the floor, you need to watch again. Keep in mind, he’s no longer at his prime but still blows everyone out of the water easily. By now you probably figured out that calling anyone as the “greatest drummer” would be futile for the most part because all the guys listed here are absolute rock legends.

But Buddy Rich isn’t just naturally gifted and technically proficient but he is the King of Slam. He deserved all the glory he got.

“I would say of just sheer technique he’s the best I’ve ever seen. I remember he did a sort of press-roll thing which lasted for about five minutes. It started off as a whisper, which you could barely hear, and it got so it filled the whole room of about 3,500 people and it was like thunder.” – Queen drummer Roger Taylor

Buddy Rich is incomparable. The precision and accuracy – he was undeniably above everyone else. And this solo? It’s only one among numerous times he displayed such incredible talent and skill.

John Bonham is probably one of the few who can go and have a drum battle with himself. How else could you explain what went on here? He was obviously not your average stickman but whatever he played, he took it to the next level. It was fast and soulful at the same time.

When he strikes the skins, it always had power, precision and speed. But it also had the kind of finesse you wouldn’t believe would come from a seemingly uncontrollable madman.

“I spent years in my bedroom – literally fucking years – listening to Bonham’s drums and trying to emulate his swing or his behind-the-beat swagger or his speed or power not just memorizing what he did on those albums but getting myself into a place where I would have the same instinctual direction as he had.” – Dave Grohl

He was brutal behind the kit and that’s why no one could ever come close to him or even touch his greatness. Just take this solo, for example, have you ever seen anything so astonishingly good? We bet not. 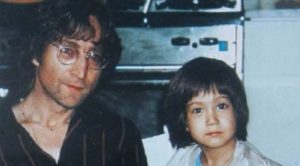 Sean Lennon Will Host Anniversary Show For His…