1965 UK Tour: Watch The Only Footage Of Bob Dylan’s “Tambourine Man” In This Tour 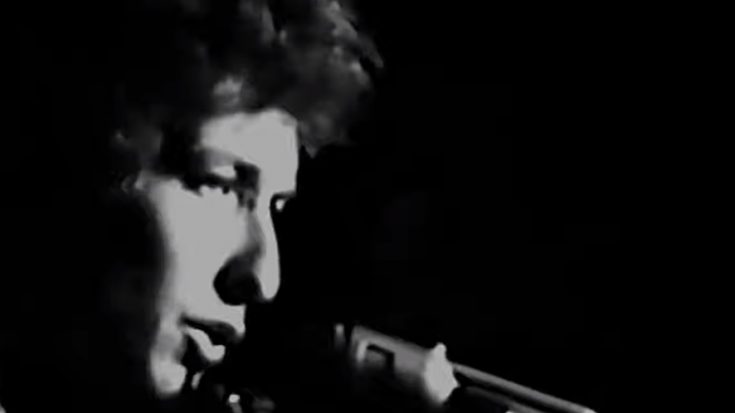 Bob Dylan wrote “Mr. Tambourine Man” for his 1965 album, Bringing It All Back Home, and became one of his most requested live staples due to the sheer popularity it garnered throughout its run.

The song has Dylan weaponize his poeticism with inspiration from people like French poet Arthur Rimbaud and Italian filmmaker Federico Fellini. He began writing a song during February 1964, following a visit to Mardi Gras in New Orleans thanks to a cross-country road trip with several friends. The influence of Mardi Gras is quite apparent in the song, as Nigel Williamson notes, with Dylan’s lyrics employ vivid surrealism in its entirety.

Lyrically, the song tackles the main character who is apparently hit with insomnia and decides to make use of his wakefulness to listen to Mr. Tambourine Man’ song. Over the course of the whole song, his thoughts heavily mingle with imagery but are consistent with seeking clarity in the Tambourine Man’s song.

Watch Bob Dylan’s rare performance of “Mr. Tambourine Man” on his 1965 UK Tour, this particular stop being at Liverpool, England.