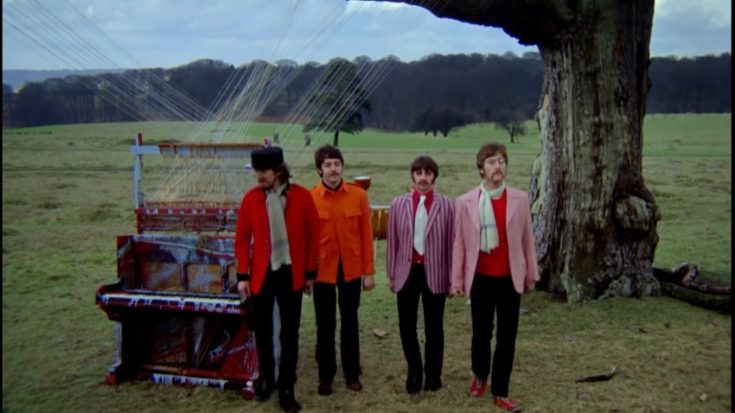 Beyond the Beatles’ reputation as absolute pop royalty during their heyday, the band’s boldness to explore that which was not yet known as one of their most enduring qualities. In this list, you will find how the Fab Four happily abandoned normalcy in attempts to discover their deepest creative curiosities, so stay seated for the Beatles’ weirdest songs ever.

One of the biggest mysteries for the avid Beatlehead is how the lads managed to pull together seemingly random orchestrations and unorthodox vocals to form a masterpiece such as “Tomorrow Never Knows”. The band is even assisted by a bird solo a minute into the track.

You’ve got George Harrison to blame for the seemingly mindless droning characterized in “Blue Jay Way”. To be fair, he was bored while waiting for his publicist to arrive at a rented property on Blue Jay Way in LA when he wrote the song.

Phil Spector tried his best to salvage what was usable of the Let It Be tapes to prepare them for release. While there were honorable mentions in terms of how horrible the edits were, nothing beats the incompressible babble on “Dig It.”

With the title that’s surely a mouthful, one might ask what was going on in John Lennon’s mind when he made this. It wasn’t too shabby thanks to the rock groove but it saw the band in a more experimental light more than ever.

This song about a person with homicidal tendencies gets even weirder when Paul McCartney sings the line: “writing 50 times, ‘I must not be so-oh-oh-oh,‘” as Lennon decided to moon him in the previous verse, with an obvious pun about buttocks on the lyrics.

Whether it’s Lennon’s misguiding lyrics that point you to another place where you’re equally lost (not to mention the lack of mention of who the Walrus actually was) or that unorthodox structure he applied on the song, “I Am The Walrus” still stands to be a great Beatle cut.

And the competition for making the weirdest song ensues! McCartney doesn’t let Lennon take the lead by dishing out this utterly confusing yet lighthearted cut from the band’s iconic White Album.

The White Album seems to have the record for the most eccentric cuts of the Beatles’ career, and McCartney once again steps into the limelight with the buzzing instrumental track “Wild Honey Pie”, where he goes all out with tremolo antics.

The only probable reason why the Beatles fans know of this song is it being the B-side to “Let It Be” being released as a single in 1967. McCartney doesn’t even deny the fact that he favors the song, saying: “probably my favorite Beatles track, just because it’s so insane.” Funny voices, check.

“What’s The New Mary Jane?” saw the band going ham with their freeform wiles, where one actual take went past the 6-minute mark effortlessly. “Let’s hear it, before we get taken away,” Lennon said of it.