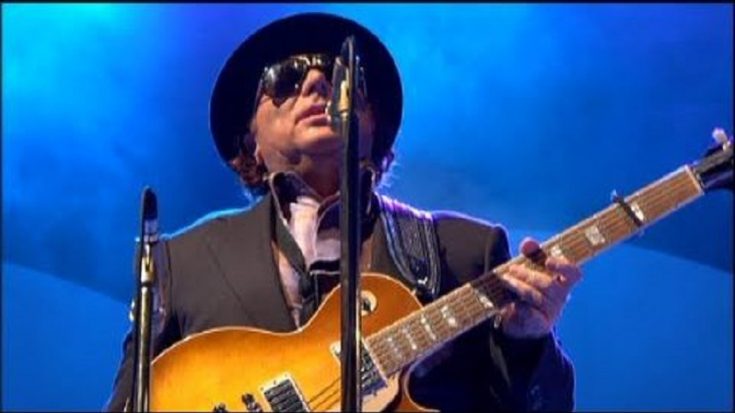 The legendary Van Morrison is among the artists whose career thrived for decades. His enormous contribution helped in molding the kaleidoscope of music today, coining what is now known as the “Celtic soul” — a fusion of soul, jazz, blues, and rock that merely talks about spiritual journeys and mystic quests. And while it’s best to associate him with his famous songs like “Brown-eyed Girl” and “Into The Mystic,” below, we’ll take you on a trip of his underrated songs that deserved praise more than what it gets. Enjoy!

Van Morrison’s “Bulbs” reflected the light of fame and stardom, at this point, is intoxicating. During the recording sessions, he was going through a rough patch due to personal problems, and the album then reflected that.

The song perfectly closes Morrison’s 8th album Wavelength, as he created a love letter for America according to Scott Floman. It’s one of the highlights from the said album.

“Crazy Face” was created during the studio sessions of Morrison’s “Going Around with Jesse James” from his Astral Weeks (1968) album. Both of these songs have direct references to Jesse James, an American Outlaw.

Tupelo Honey was the country gem that yielded two of Morrison’s classic songs, “Wild Night” and “(Straight To Your Heart) Like A Cannonball.” For the latter, Morrison opts to show its upbeat rhythm full of intensity that is filled with common lyric fillers with la-la’s and the do-do’s.

“Summertime in England” is Morrison’s longest track ever recorded. Albeit not being a commercially successful track, it has been a part of Morrison’s concert performances for over 20 years.

Among the mellow song from the Tupelo Honey album is “Old Old Woodstock.” It boasts the happy family life that Morrison had, and his then-wife Janet was the inspiration of this.

Morrison’s soothing voice is on a roll here, and so is the timeless orchestration from the song. This 6-minute-long track is also quite hard to interpret.

It’s hard to associate Morrison’s most recognizable album with few underrated gems. With “Crazy Love,” he created a beautiful masterpiece from the mellow tune and control, something that makes it such a quintessential track.

A song about a boy and his dog seeking shelter from the rain and storm under a redwood tree. This upbeat number was more or less inspired by the singer’s trip to Northern California, where he was fascinated by the amazing scenery there.

The underrated love song from Veedon Fleece speaks about the healing comfort that we can get from another person. It’s one of those songs that features Morrison’s crooning in a good position.