10 Out Of This World Tracks From Devo 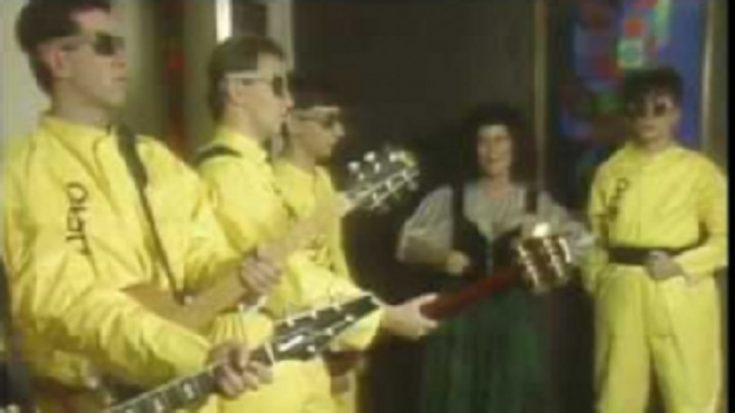 DEVO became one of the pioneering groups in the 70s, breaking barriers through their songs and showing people that music is more than just instruments and lyrics. Created by Gerald Casales along with his brother Bob, the Mothersbaugh brothers (Mark and Bob), and Alan Myers as well. Mark became the primary lyricist and vocalist of the band, solidifying their impact in the annals of music history and ensuring success. Below, we’ll take heed of these 10 out of this world tracks from the one and only, DEVO.

Rising band DEVO bestowed themselves as the best snowmakers in the punk genre for their sophomore album Duty Nor for the Future. Thinking straight ahead and minding their own business, that’s what “Wiggly World” is all about.

This quintessential track is a staple among the band’s concerts. It also shines as the first track to listen to on the band’s debut album.

“Girl You Want” gave the listeners a tangy arrangement of riffs that are easily considered the best. Not only that, but the choice of words for its lyrics is tailor-made.

No more odd guys in the music industry; “Jerkin’ Back and Forth” shows the band at their creative peak in the pop genre. This goes to show that DEVO is more than capable of versatility in music.

The band sure got lucky to create a seminal album just when they got started. “Mongoloid” sure is among the album’s highlights: amazing riffs, cutting edge lyrics, and a frenzied arrangement.

The story tells us a girl named Sally and the unfortunate moment of hers upon meeting with some space junk. Coincidentally, a year after DEVO’s release of “Space Junk,” Skylab fell from the sky and scattered its parts in Australia. Talk about vision.

This superb track from the band’s third album of the same name displays Mark Mothersbaugh’s excellent satire lyrics with a dose of electrifying rock that will burst into your eyes. There’s no better sarcasm than with DEVO.

“I think those are some of the most amazing lyrics that were ever written in rock and roll, dealing with conspicuous consumption and the stupidity of capitalism and sexual frustration all in one song,” Mark Mothersbaugh said regarding this classic Rolling Stones’ hit.

Perhaps the track that started DEVO’S success is their pivotal song “Jocko Homo,” with the lyrics primarily concerning the process of “de-evolution.” DEVO got its name from the term, and seemingly, “Jocko Homo” truly captured the essence of the band’s remarkable approach to music.

The band got its commercial success all thanks to “Whip It,” a new-wave and synth-pop natured track. Its lyrics are puzzling, and many people believed that the song is about touching yourself. But it’s catchy and irresistibly good.