10 Most Expensive Rock Albums Made 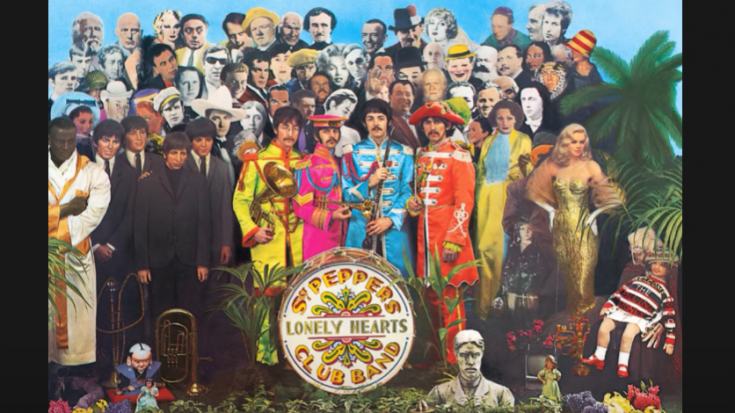 It goes without saying that producing quality music will set anyone back a few grand to a hundred – or even more in the case of perfectionists. In a recent statement made by The Who’s Roger Daltrey, he argued that there was no point in the band releasing a new album with the current state the music industry is in, as profits would potentially be very low. “I’m certainly not going to pay money to give my music away free,” he said. Things were different when rock was king back then, however, as evidenced by these costly albums to make.

The Dublin-based band My Bloody Valentine was expected to finish their second album in a span of a week, but things went differently thanks to Kevin Shield being a perfectionist leader, saying that he already had envisioned how the album would come to be. Shield’s strictness resulted in the completion of the album in two years, with over 19 different studios used and up to £250,000, spent, way over the spending limit of the small Creative Records label.

Following up Back in Black was a big challenge for the band, especially when they tapped the help of Mutt Lange, who was obsessed with perfecting the snare sound of Phil Rudd. This took over ten days, switching up to four studios until he realized that AC/DC actually sounded best in the rehearsal room where they demoed the new songs. This album took three months to record – a far cry from the seven weeks of the previous – which tested the patience of the Young brothers. “I don’t think anyone, neither the band or the producer, could tell whether it sounded right or wrong. Everyone was fed up with the whole album,” said Malcolm.

Sheer Heart Attack gave Queen the courage to pursue greater heights with the follow-up, A Night at The Opera. This required several studios and facilities to be used at the same time, with one of the most absurd requests being Freddie Mercury’s ambitious 180-voice chorus on “Bohemian Rhapsody”, which reportedly didn’t go down well with EMI executives. Mercury proved them wrong, however, despite the £40,000 bill on the record, as it became Queen’s first chart-topper in the UK, and the single hitting over seven million copies sold.

The Darkness’ debut album cost £20,000 to make and sold five million units worldwide, which emboldened them to go all out on One Way Ticket to Hell…And Back. The band got in touch with Queen producer Roy Thomas Baker, recording 37 songs (some of which had up to 160 separate guitar parts), for a price of £1 million. After sifting through 400 reels of tape, the album ended up with 10 final songs.

The success of Fleetwood Mac’s Rumours eventually plagued them with internal problems, along with the choice to do a double album. Fitting their own studio in the LA Village Recorded facility didn’t help in keeping costs down, eventually adding up to over $1.4 million, while selling four million copies. Not too bad of a deal, except that Rumours sold five times more than Tusk.

Def Leppard needed around five million unit sales of Hysteria just to break even with the production costs, which comes as a surprise initially for most. However, when you consider that Mutt Lange was called in to take over Jim Steinman for production duties, it’s easy to see why. It took three months to mix just one track, “Armageddon It”, due to Lange’s perfectionism. However, Hysteria sales have gone over 25 million in the current times, which isn’t such a bad thing at all.

It’s easy to spot a bad financial decision when you see it, Chinese Democracy by GNR as an example. It took over 14 years to complete at a whopping $13 million setback. Studio rental and personnel salaries were some of the usual contributing factors for this, but some eccentric ones including Buckethead requesting a chicken coop to record in or Axl Rose’s guru, known as Yoda, was responsible for approving each track before being signed off.

Korn wasn’t too reserved in disclosing the costs for their fifth album, 2005’s Untouchables. Reaching an excessive $14 million due to their lifestyles, personnel, and rental costs, Fieldy explains that they “moved to Phoenix and rented five houses for $10,000 apiece for four months. We came to LA, rented five more houses for $10,000 apiece for four more months. We went to Canada and rented a house for $8000. That’s a week, not a month.” Untouchables eventually sold five million copies, which was nothing to scoff at, but was nowhere near 1999’s Issues, which reached 13 million in sales.

The Foo’s fourth record was plagued with problems from the start, one of these issues being Taylor Hawkin’s drug overdose that set them off track for two months. Six months more into writing and recording 29 songs, they realized that the songs weren’t just that good – which is a shame when the album demos cost about $1 million. After Dave Grohl almost broke up the band, redemption came when they finally finished the album after having some time off drumming for Queens of the Stone Age. “It wasn’t our proudest moment,” Grohl said, referencing how only four songs were up to par.

It isn’t surprising how one of the most influential albums in history also cost the most. The Beatles’ Sgt. Pepper record was the result of the band quitting any form of live performance, going more experimental with more time in the studio. They were busy with the MMT track “Strawberry Fields Forever” which accounted for 55 hours of tracking, only to be included in a different album. Six more months were spent in making the album, which bored Ringo Starr so much that he learned to play chess. It wasn’t all for naught, though, as the album topped the UK charts for 27 weeks and 15 in the US.