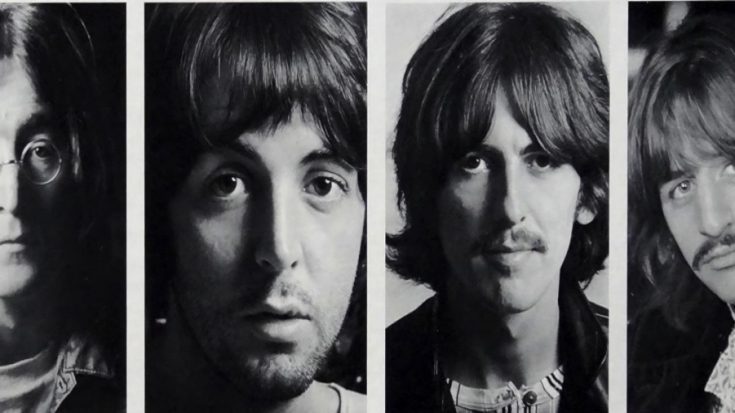 The home of many fan favorites, The Beatles’ self-titled or the White album became a powerhouse song collection coming from the Fab Four. With a total amount of 30 songs, the double LP was also known for its contentious history, as the band filled in the fragments of what will be known as the best album by the Beatles. Take a look at the 10 interesting facts that surrounded the band’s first self-titled album.

Most of their songs were born in India: The infamous visit to India to practice Transcendental Meditation for a few weeks led the band to compose most of the material from the White Album during the journey. Using acoustic guitars and picking few points from singer-songwriter Donovan, it was a spiritual experience.

George Martin didn’t like most of the songs: The recording session wasn’t a cakewalk for both the group and the production team. As the burgeoning resentment affected the group’s collaborative efforts, George Martin, their producer, wasn’t at all impressed with some of their songs from the album.

John Lennon began to date Yoko Ono at this point: When Lennon met Ono, they hit it off almost immediately. The singer would allow his lover then at the sessions inside the studio, a move that the trio wasn’t comfortable with. Joined with the emerging conflicts, the group started to collapse.

George Harrison’s Esher Bungalow was the place to record their demos: After the trip to India, the group visited Harrison’s place in Esher, Surrey, wherein they recorded 27 raw demo tapes. 19 of these songs would appear inside their upcoming album.

The Doll’s House was supposed to be the working title of the album: Named after Henrik Ibsen’s 1879 play, the Beatles decided to change the would-be title of the album when an English rock band named Family was released a debut LP called Music in a Doll’s House. Hence, the self-titled album.

Paul McCartney wasn’t too keen to ask help from his bandmates: One time, Ringo Starr and John Lennon walked in inside one of Paul’s sessions, and they saw him doing almost all the songs. John wanted to work with Paul, but the tension was too much from them at this point.

Ringo Starr temporarily left the band: The toxicity and the struggles that the band had endured took a toll on the drummer to finally quit the group. Realizing what they have done to Ringo, the band decided to settle down and ask for him to come back, with George Harrison decorating his drums with flowers when he returned.

This is Ringo Starr’s favorite album: Among all the problems and his brief departure from the group, Ringo named this album his “favorite album” from The Beatles. He even compared the Sgt. Pepper album of the group saying that it did its thing, becoming the album of the century, but it was the White album that’s better for him.

Geoff Emerick and George Martin both left the sessions briefly: While they left on different occasions, it seemed that the reason for leaving them is due to the toxic work environment. Martin came back after enjoying a holiday, while Emerick was back only during the Abbey Road sessions.