10 Greatest Guitar Solos From The Beatles 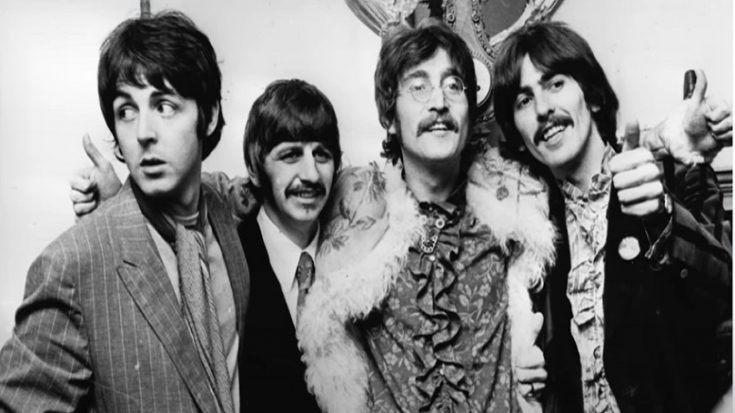 For a group that focuses more on the song’s content rather than the complexity of its orchestration, the Beatles still have a knack for searing guitar solos that are quite unforgettable. And unlike other bands, the commanding trio of Harrison, Lennon, and McCartney proved to be experts of the instrument, making a mark to everyone on how versatile this group was when it comes to crafting their records. Excluding “While My Guitar Gently Weeps”, below we’ve picked the greatest guitar solos from the Beatles.

Only a cover from the original Roger Meredith Wilson’s version, the Beatles incorporated a duel of acoustics by John Lennon and George Harrison. A sweet bossa nova approach was then achieved, mixing jazz-oriented harmonies that completed the whole set.

The McCartney-penned song “Can’t Buy Me Love” contained distinct guitar lines from Harrison. Although the solo was modified, you can still hear the faint original solo that the group tried to overdub.

The Harrison-penned song “Old Brown Shoe” might come across as an obscure track by the band, but critics deemed this song as “Harrison’s greatest composition” from the Beatles. The song has a ska influence, and George’s guitar solo was both daring and in full control.

The second song that Ringo Starr contributed to the Beatles and the last track where he provided the vocals. He was fascinated about the garden that octopuses tend to create, and wished to have lived inside that feeling. Harrison helped Starr provide the guitar licks for this one which was fun and compelling to hear.

John Lennon’s “And Your Bird Can Sing” exhibits McCartney and Harrison on its harmony and lead guitar melodies. The country approach during this time wasn’t yet the norm in most rock bands, and that’s what made them so ahead of their time.

One of the songs that marked the breakthrough of the Beatles, “I Saw Her Standing There” shows the sharp skills of the band in rhythm and lead guitars, as good and as freaky as its lyrics.

The two versions of the song: single and the album were equally good, but we’re going to highlight the grittier and more powerful guitar solo of its album version. It’s a soppy ballad that embarks on a whole new level of its guitar refrain, all credits to Harrison’s genius.

A spot-on rocker song for the final album of the Fab Four, “Get Back” sure wants to make your body move. Its joyous guitar licks are criminally underrated.

When the Beatles struggled to find unity, one man rose from the occasion and became a prolific singer-songwriter behind the shadows of Lennon-McCartney’s. “Something” by George Harrison became one of his finest moments from the group; his melodious guitar lines became expressive, stemming from the fact that he is emerging as a new star on the rise.

The battle of guitar lines between Paul McCartney, George Harrison, and John Lennon here was unmatched. “The End” truly captured the band’s collaborative peak and was the end mark of the legendary input they once did together.