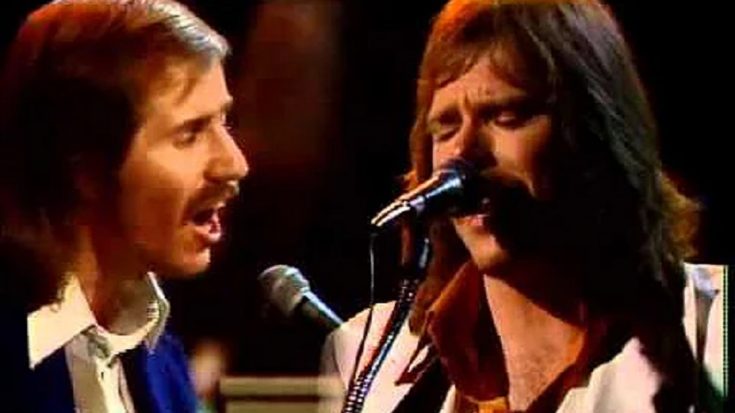 The 70s wouldn’t be great if it weren’t from England Dan and John Ford Coley’s soft-rock tunes. The duo, composed of Danny Wayland “England Dan” Seals and John Edward “John Ford” Coley were friends first before they met once more and decided to collaborate as music partners. were active through most of the 70s, but then decided to split by the next decade when Seals wanted to pursue a solo career. Nevertheless, their songs were top-notch and worthy of its appreciation. And below, we’ll give you the first-hand experience of some of the duo’s greatest hits. Enjoy!

“Where Do I Go from Here” – Dowdy Ferry Road

Their gorgeous track “Where Do I Go From Here” came from their 5th album, Dowdy Ferry Road. The original didn’t thrive well, yet it was given another life from The Carpenters and Barry Manilow’s versions.

This Randy Goodrum-penned track is originally performed first by the duo, yet it became Anne Murray’s breakthrough song. She also covered the song in Spanish.

This Todd Rundgren-penned song didn’t receive any praise when his band had performed “Love Is The Answer”, however, it had its second coming when England Dan and John Ford Coley’s version became extremely successful in the US. It’s also a Coley favorite.

The group’s breakthrough hit album Nights Are Forever contains “Nights Are Forever Without You,” a country number that will take your song listening experience to the next level. Its lush harmonies and lovely rhythm are to-die-for.

This fun and upbeat tune will definitely find your groove, albeit its title. “You Can’t Dance” is the 2nd single from the duo’s Some Things Don’t Come Easy.

Dowdy Ferry Road’s album’s single “It’s Sad To Belong” is among the earliest hits from the duo. A timeless classic, it tells us about a relationship between a man and a woman who cannot happen because he is already married.

This emotional track could send you a lot of feels and will tug the emotional strings from your heart. It’s a favorite among their fans.

“What Can I Do with This Broken Heart” – Dr. Heckle and Mr. Jive

England Dan and John Ford Coley went on a different path when they released “What Can I Do with This Broken Heart,” an upbeat tune from their Dr. Heckle and Mr. Jive album. It’s not a disco-pop, per se, but you could definitely hear some of its elements to make you dance.

This soft ballad with a hooking chorus is definitely what you need to hear right now. Albeit not the original version (the song was first performed by Jeffrey Comanor), it is among the well-known ones from the duo.

“I’d Really Love to See You Tonight” – Nights Are Forever

If you know England Dan and John Ford Coley, chances are you’re a great fan of this classic hit of theirs. “I’d Really Love To See You Tonight” is a lovely song well-driven for its amazing rhythm and melody— perfect for the hopeless romantics.