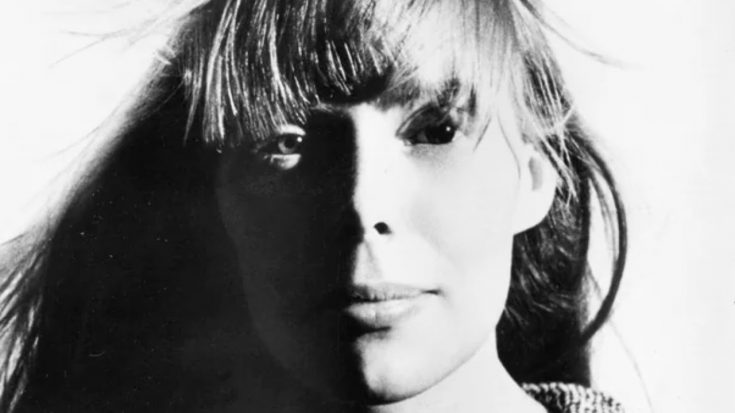 Joni Mitchell’s popularity isn’t the flashiest like any other star, but the way she paved the music scene inspired hundreds or even thousands of artists— in that way, she is a real icon. Like a real heroine in the male-dominated industry, she aspires to become a true artist of her own mark, combining her alluring personality with her amazing songwriting abilities. Here are some of the well and not-so-well-known facts about her life.

She is an outstanding guitarist

While it’s common for the likes of Eric Clapton, Jimi Hendrix, and Jimmy Page to be idolized by many, Joni Mitchell also stood among the rest. Throughout her career, she had used no fewer than 57 different tunings.

The iconic Woodstock Festival was attended by hundreds of iconic musicians that gave such a large impact on today’s music. Unfortunately for Mitchell, she couldn’t attend due to conflicts on her schedule. Her then-boyfriend, Graham Nash, helped her paint a picture of what happened, thus it inspired her to write “Woodstock,” one of her beloved songs.

As a child, she had health issues

The singer had a pretty rough life growing up since she acquired a serious case of polio. Inside the hospital, she performed many songs for patients, until she recovered.

Joni Mitchell was among the performers of the said festival back in 1970, yet it was an embarrassing and awful memory. Her scheduled appearance was moved to the afternoon, instead of the evening. Armed with only her acoustic guitar and some few instruments, the restless crowd couldn’t be shushed, making it a bad experience for her.

She put up her only child for adoption

A struggling artist in her early 20s, Mitchell was impregnated by a Calgary artist named Brad Macmath. Fearing that she couldn’t afford to raise a kid, she gave her daughter for adoption, inspiring Mitchell’s song, “Little Green.”

She had linked her music collaborators as her romantic lovers

Graham Nash, David Crosby, Leonard Cohen, and James Taylor are among the artists that she collaborated, turn to lovers. All four of them didn’t work out.

She is a talented painter

Aside from composing songs, Joni pretty much spends her quality time painting. Most of her artworks can be observed in her album covers and she has also released a book that featured her paintings and drawings with poetry and lyrics.

Her greatest album is Blue

Blue showed the rawness of Mitchell’s life, and the emotional toll it gave to the people is immense. Artists like Prince, Bob Dylan, and Taylor Swift, named it as one of their favorites.

Her legacy as a songwriter will forever live

Rolling Stone ranked her in the 9th spot, and a lot of musicians gave their high praises to this wonderful singer. Since her goal is to influence her songs in the art of poetry and paintings, her works are always beautiful and fruitful.

She has Morgellons disease and has also suffered a brain aneurysm

Morgellons disease limited her mobility and suffered a lot to the point where she couldn’t wear clothes. She also suffered from a brain aneurysm back in 2015.